Maytag has Lost my Trust

"I told my lawyer that my biggest complaint against Maytag is this: I have lost my trust in them," says Nancy Brazell. "After reading comments from other consumers on various websites, (and there were hundreds) most of them said they didn't receive any help from Maytag at all, they had incurred large expenses and some said their washer was inoperable." 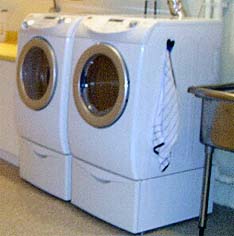 "In November 2005 I purchased a Maytag Neptune washer and dryer because of their reputation. When I buy a product, I like to get good quality and plan on keeping it for a long time, so I believed that Maytag was a good choice. So far everything has worked fine but on April 6th. I received a packet from Maytag in the mail. It contained a device -- an electrical adapter that plugs into the wall and with it, a letter with pictures instructing how to put in this device into the wall and plug the machine into it.

The letter said my machine was a fire danger and that certainly frightened me. I just spent $75,000 having my basement remodeled, and of course that is where the washer and dryer reside -- I paid $1200 for the washer and the riser was another $300.

I had to do gymnastics to get to the wall behind the washer and dryer to plug this device into the wall. The letter described it as something that would derail the urge to catch fire. Evidently some of these machines, with my model and serial number, have managed to drip water onto the circuit board and cause an electrical short and a fire. So after plugging in this device, I went to the Maytag website and since mine was specifically termed a recall, I was curious as to whether or not they intended to replace defective machines or a part in them that caused the defect.

On another website I saw many comments made by other customers and most of them were very negative. Some people had reported fires or electrical odors like something was burning and others had reported a huge problem with mold and bad smells like mold from the inside of their machine that they couldn't get rid of. I started to get concerned about my machine. 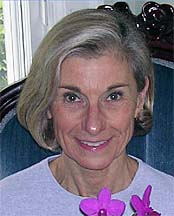 " became worried about leaving the machine running if I took my dogs for a walk or left it on after I went to bed. Now I won't leave the house or go to sleep with it on.

I didn't call Maytag because I don't really have a complaint except that mine is on the recall. When I read the comments from other disgruntled customers, I thought, what is the point? I don' t want to spend my time on hold to someone at Maytag customer service, getting hung up...they always advertise their terrific customer service and their machines as so good, and the lonely Maytag guy never has anything to do. I am concerned that my machine won't give me the years of service I expected when I purchased it. There's not a whole lot that goes wrong with washers -- I have had some for more than 15 years.

Sounds like the Maytag Man still isn't doing anything - ironic, isn't it?

I think it is important for people involved in a recall to take the time and speak to attorneys and others because we need to let corporations know that they must honor their responsibilities and act accordingly. If we just say, 'Oh well', and deal with it ourselves, you can't expect anything to happen. Change can't be made by doing nothing and corporations won't be motivated to make sure their products are better or what they are even advertised to be.

What really gets me mad is that this company takes such a blasé attitude about it. You are helpless because you can't afford to sue the company - what do you do? "

You can join a class action lawsuit...

If you purchased a Maytag or Samsung front loading washing machine, please contact a [Maytag Washer] lawyer who will evaluate your claim at no charge.
Request Legal Help Now