As the first da Vinci lawsuit gets underway, one witness has testified in the da Vinci robot lawsuit that the surgical device was marketed specifically to surgeons that were identified by the device’s maker as being less skilled. Meanwhile, the US Food and Drug Administration (FDA) is reportedly investigating problems with the da Vinci robot. 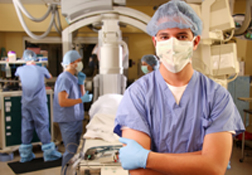 According to Bloomberg (4/18/13), Ryan Rhodes, director of marketing for Intuitive Surgical Inc, testified before a jury during a lawsuit that internal marketing documents identified surgeons that were seen as having limited skills in performing minimally invasive procedures. Those doctors were then allegedly targeted by the company’s marketing department for the da Vinci surgical system.

The lawsuit was filed by the widow of Fred Taylor, who died of heart failure four years after surgery to remove his prostate gland. The lawsuit alleges that heart failure stemmed from errors in the surgery, allegedly caused by Intuitive’s failure to adequately train the doctor who performed the procedure.

Intuitive has argued that the patient’s weight meant he should not have been a candidate for robotic surgery. A lawyer for the company told the jury that the doctor was warned that the laparoscopic robotic surgery should not be used on patients who are obese, although the doctor has said he received no such warning. The prostatectomy, which was supposed to take five hours, took more than 13 hours, according to The New York Times (3/25/13), and left Taylor with kidney and lung damage.

Attorneys for the plaintiff argue that Intuitive sales representatives played an important role in helping hospitals credential doctors to use the robot, encouraging the hospitals to adopt lower standards so more doctors could use the device. In some cases, sales representatives are reported to have had access to operating room schedules and helped select cases that the da Vinci robot could be used on.

The doctor who performed the surgery has settled with the patient’s family.

The da Vinci robot is marketed as being less invasive during prostatectomies and hysterectomies than traditional methods. Furthermore, it allows doctors to perform surgeries without worrying about shaking hands or tremors. The device consists of a three- or four-armed robot that is connected to a remote console. A doctor controls the robot from the console.

More DAVINCI ROBOT News
But Time (4/9/13) reports there have been some bizarre incidents linked to the da Vinci robot, including one in which the robotic arm hit a patient in the face. The FDA launched an investigation into problems with the robotic device after an increase in reports linked to the robot.

Lawsuits have been filed alleging patients suffered serious injuries after the da Vinci robot was used during their surgeries. In one case, Time reports, a jury awarded $7.5 million to the family of a man who died after surgery on his spleen. The lawsuit alleged the patient’s intestines were punctured, causing an infection that resulted in the man’s death.

Posted by
Teresa
on May 27, 2016
On the 6 June 2016 I am scheduled for a partial kidney removal and adrenal gland surgery my Prof Patel will be performing the surgery using Da Vinci system, I can say that I feel quietly confident that prof Patel will triumph.????
Posted by
Kenneth Ridgeway
on April 25, 2016
Have there been any reviews this year. 2016.
Do Doctors train on animals first?
How are surgeons trained with this Robot?
Sheffield Hallamshire Hospital just got one of these Robots.
Concerned human being.
KR

Posted by
Franco
on February 23, 2015
Hello guys. Just came out the hospital few hours ago.
I was admitted last thursday(2/19/2015), had my surgery wednsday at 1pm and i was back in my romm by 445.
i truly never felt extreme pain, six little holes in my belly, little disconfort from air being trapped in but i think was minimal. Sunday the drain tube, already clean and dry was pulled and finally today out. i'm writing from Italy, and in my region we have just one DaVinci, so is working almost everyday with different surgeons and mostly used for prostate removal ( nerve sparing e non) kidney and bladder cancer.
I had a very positive experience, and so my 5 pennies to u all.
Cheers
F.Pasinelli

Posted by
KIM Crose
on March 10, 2014
Hi, I also became a victim of the robotic da Vinnci in2011, for a prolapsed rectum. I had no clue about what the da vinnci was, nor was I warned. I spent 21 days without food, with infection, bowel obstruction and pelvic abcess. It sadden me that the Da Vinnci team have no remorse for the thousands of injuries 80 some deaths.The marketed these relelntsely and carelessly to Hospitasl and physcians without any product lialbilty,you bought you use, we got our money we really don't care about what happens from there the da vinnnci robotic instrument, sadly enough to top it all off the take no blame, they said the drs should have known . Hello here they are probadely the most intelligent people around, selling a falsly advertised product with no mandation of Dr. must be approved and ver extensive trained to use this. This is why the FDA had had 2 recalls. The da vinnci is not above the laws and must take blame if they don't will they make it, I don't know a lot off mad people out there and rightfully so Kim in Michigan
Posted by
phil
on January 30, 2014
Don't blame the robot blame the surgeon. He or she is in effect driving it. The hospital needs to be more responsible in certifying whether a doctor is capable in performing robotic surgeries since a surgeon can come onboard with a hospital long after the robot was sold to the hospital. People injured during robotic surgeries would probably had similar risks if done traditionally with the same doctor as there is even more room for error that way.
Posted by
joy
on August 18, 2013
Robot Prostatectomies can be done very effectively and easily by a proficient surgeon. I gave anesthesia for these procedures for many years, and the surgeons that I worked with could do 3 cases in 12 hours. These surgeons do about 10 prostates each per week; the surgical team were also proficient in working with the Robot. It was like a well-tuned symphony, which is the way it should be. I have never seen one take 13 hours however. There are a few relative contraindications for having this procedure if the patients are carefully evaluated and the procedure can go very well. Underlying medical conditions can increase M & M, but even obesity is not a strict contraindication. Morbid obesity patients may have a higher risk of complication, but this demographic has a higher risk with any procedure. In saying that, there is no surgical procedure that is benign, no matter if you are deemed perfectly healthy.
Posted by
guy
on August 16, 2013
So a fat guy has prostate cancer surgery and then dies 4 years later of a heart attack is supposed to be the surgeons falt?
Posted by
Jerry F. Queen
on April 23, 2013
I had my prostate removed in May of 2008. The eurology doctor and surgeon said that using the da vinci robot would be best for the removal of my prostate and that I would be able to go home the next day. I had the surgery using the da vinci robot and I was in the hospital for almost a month. I was bleeding internally and no one new it at the hospital. Finaly one night as my family were visiting I told them that I loved them and that I was going (Dying). They got the head nurse who in turn called the blue team to bring me back to life. The hospital gave five pints of whole blood after I came back to life. None of the above would have happened to me if my doctor/surgeon hadn't talked me into having the operation using the da vinci robot. I will never have another do vinci robot operation because they are very dangerous and can cause death just like what was done to me.