Robotic Surgery: Lots of Hype, but Where’s the Proof of Efficacy?

When Teresa Hershey of California talked to her doctor about a proposed hysterectomy, the potential for having the surgery undertaken with the aid of a DaVinci surgical robot sounded like a good idea at the time. “It sounded good,” she told Bloomberg News (10/8/13). “[My doctor] sold me on it.” The 41-year-old resident of Bermuda Dunes recalls being impressed with videos on YouTube emphasizing the precision possible with the DaVinci robot. However, following the procedure, Hershey contends she was left with an injury from the robotic surgery, and plans to launch a lawsuit against Intuitive Surgical Inc., the manufacturer of the $1.5 million da Vinci surgical robot. 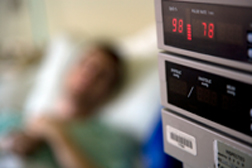 Critics of the surgical robots point to intense and robust marketing practices that emphasize the positives but make little or no mention of the potential for Operating Room injuries related to use of the robot, which undertakes the actual surgery while the surgeon works the controls from a workstation nearby.

Hospitals have felt the need to adopt the expensive DaVinci robots in order to compete with other hospitals using the device. And promotion on the part of Intuitive representatives has been described as bordering on intense. Peter Dunn, identified as the executive medical director for perioperative services at Massachusetts General Hospital (Mass General), described to Bloomberg News how Intuitive Surgical reps “were constantly coming in” to pitch the device, as well as potential partnerships with Intuitive with regard to robot training, hosting symposiums, or actually endorsing the DaVinci robot in advertising. “They would go to any avenue they could to infiltrate Mass General,” Dunn said in comments published in Bloomberg. “We absolutely refused.” The company’s marketing, he said, “has pushed the limits of truth.”

Bloomberg noted that the US Food and Drug Administration (FDA) has only two full-time staff analyzing the accuracy and merits of advertising and marketing of medical devices, v. about 60 staff for pharmaceuticals. Robert Steinbuch, a professor of law at the University of Arkansas, noted to Bloomberg that the complexity of medical devices such as that of the DaVinci Robot makes it difficult to properly evaluate safety and efficacy claims.

To that end, notes Bloomberg, robot-assisted surgery has not been proven in randomized trials to afford significant health benefits when compared with standard versions of less-invasive surgery - while costing patients or their health insurance carriers thousands of dollars in extra fees.

Hershey was allegedly not told - nor was there any mention in the brochure she was given - that the same surgery could have been performed laparoscopically through small incisions without the need for robotic surgery.

In reality, Hershey suffered a punctured bowel during the procedure. The DaVinci Robot injury was not detected until she was re-hospitalized, in severe pain for a period of nine days. According to Bloomberg News, it took nine surgeries over several months and almost $1 million in medical bills to repair the damage.

“They are deceiving people,” said Hershey, referring to marketing and promotion practices by doctors and Intuitive Surgical. “People don’t hear the cons, they only hear the pros.”

Intuitive Surgical, according to Bloomberg, stands by its marketing practices and the accuracy of its promotional materials.

More DAVINCI ROBOT News
Bloomberg notes that injuries linked to robot-assisted surgery have more than doubled in the first eight months of 2013 (based on the time at which reports were received by the FDA), compared against the same period in 2012.

It should be noted that robot-assisted surgery was featured in more than 350,000 procedures in 2012, a rise of 60 percent since 2010. A study from 2011 published in the Journal for Healthcare Quality surveyed 164 hospital website pages that featured robotic surgery. Doctors at Johns Hopkins School of Medicine, who authored the study, concluded that the websites they visited “overestimate benefits, largely ignore risks and are strongly influenced by the manufacturer.”

If you or a loved one have suffered losses in this case, please click the link below and your complaint will be sent to a personal injury lawyer who may evaluate your DaVinci Robot claim at no cost or obligation.
Request Legal Help Now

Posted by
Cherryl K. Rushing
on January 26, 2014
After receiving several treatment procedures to avoid onset of cervical cancer diagnosed in (Oct. of 2010) I decided to have a hysterectomy. my doctor told me about a new surgery he could offer me with the DaVinci robot, and how I would be able to return to work in about two weeks. that it was a painless procedure. ( unlike a regular hysterectomy where the recovery time was 6-8 weeks with numerous complications) I was told that there would only be 4-5 cuts, about 1" long each and how they would be fused together with minimal healing time. The cost was almost triple of a regular surgery, and i had to pay a substantial amount out of pocket, but i chose the DaVinci surgery. In Jan. of 2011, i had my hysterectomy... since that time I have had pains and bloating in my abdomen where the cuts were made and the incision locations where the robot did the surgical cutting, are very tender and are sensitive and hurt when i touched. it took a long time for the openings to heal. the incisions on my left and right side and the one on my stomach have always given me pain. I found a couple of pieces of wire in that area that were sticking out above my navel and have always caused me a great bit of discomfort. I ask a nurse what it was and she said it was surgical staples that never dissolved. i have noticed that i have leakage after i urinate and it feels as if my bladder has fallen. i have problems with digestion and i experience cronic pain in my abdomen. i lost my 18 yr job in march of 2011 after the surgery, because i was unable to return to work due to the pain and depression the surgery caused me. the stress of losing my job and not having medical insurance is more than i can handle at times. i sometimes wish that i had had a basic hysterectomy and not depended on a machine to do it. i was told that the surgery was an amazing wonder of science, but i was not told of any health problems or issues for after surgery nor the failure rate of using the DaVinci Robot for my hysterectomy.

Posted by
Dainne Ramrattan
on October 28, 2013
Aug 2012 had the surgery. complete hysterectomy. I had cancer. I am 49 years old and I am presently experienceing a lot of pain and discomfort. My doctors know of this since I complain many times. I feel that my intestines a buldging and I am have bowel problems. sometime I would feel that my bladder and intestine are patruding my pelvic walls and my left lower stomach is constantly swollen and painful. I am very scared and for some reason the doctors does not seem to understand how great stress this is putting on me. I have my family to worry about and I just cannot keep feeling like this will kill me.

Click to learn more about LawyersandSettlements.com
LawyersandSettlements.com - A trusted, independent legal news provider bringing quality news and information on legal cases and lawsuits filed in the United States of America to its readers since 2002. Over 650,000 legal help requests including Personal Injury Cases, Drugs & Medical Cases, and Malpractice Cases have been forwarded to lawyers all across to the country.