New York, NY: Documents in the class-action suit filed against TheLadders.com couldn’t be clearer. “From its inception until September 2011,” the complaint reads, “The Ladders job website scammed its customers into paying for its job board service by misrepresenting itself to be a ‘premium job site.’” 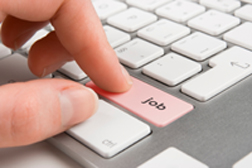 For a fee, TheLadders.com promises to provide subscribers with lists of employers looking to fill six-figure jobs. The site guarantees that the jobs are “hand-screened” and that the companies listed are looking for applicants in their part of the country.

Over the last several years, Ladders has pursued an aggressive print, TV and Internet advertising campaign, signing up thousands and thousands of job hunters.

Most Internet job sites do not charge a subscriber fee. TheLadders.com offered a different tack. During the 2009 Super Bowl, with an audience of close to 100 million viewers, Ladders hit the airwaves with a blockbuster ad claiming it was massively superior to other Internet job boards.

“Ordinary job sites,” the advertisements said, “let everyone play, so nobody wins.” Subscribers could view the job postings at no cost. But to actually apply for the jobs, they had to pay $25 for a premium membership. A premium-plus membership came with extra advantages and cost up to $149 for a year. Subscribers would also get a “free resume critique.”

It is estimated that thousands of people like the lead plaintiff in the class-action suit, Barbara Ward, from Arkansas, represented by Yitzak Kopel from Bursor and Fisher in New York, found that the job site led to stale job postings or jobs that paid well below the 100K a year she was expecting. The jobs that were on TheLadders.com website were not in fact “hand-screened” according to the allegations in the suit. They were, in fact, scrapped from free Internet job sites.

According to Businessinsider.com, quoted in the class-action complaint, Ladders signed up 5 million jobseekers and generated as much as $80 million in revenues. The numbers are easy to believe given the number of complaints about Ladders currently circulating on Internet forums.

Message boards on the Internet are crammed with postings by disgruntled Ladders’ clients complaining they had been led down the garden path. Posters complain they were steered to employers that were either not looking for prospective employees or employers who had filled the job, sometimes years before.

Even the employers and recruiters who received inquiries from job seekers are complaining about Ladders.com. Barbara Ward’s lawsuit quotes an employer listed on TheLadders.com as saying, “My biggest complaint is when people would call to ask about a job they saw on Ladders, or to follow up on an application, I would have to explain we didn’t list on Ladders, and that the job had been closed for months (in a few cases, for over a year), and that the job paid well less than six figures.”

The suit alleges breach of contract, violation of the Arkansas Deceptive and Unconscionable Trade Practices Act, plus breach of good faith and unjust enrichment.

TheLadders.com was contacted by LawyersandSettlements.com for comment but failed to respond to our inquiry.


Yitzak Kopel is an attorney with Bursor and Fisher in New York City. His practice is focused on complex litigation and consumer class actions.

If you or a loved one have suffered losses in this case, please click the link below and your complaint will be sent to a consumer frauds lawyer who may evaluate your Consumer Fraud claim at no cost or obligation.
Request Legal Help Now