Traditional litigation is often an expensive, time-consuming, and adversarial route to resolution. Sometimes it's inevitable, but some areas of law lend themselves to a collaborative approach that yields benefits for both sides. It's called structured negotiation, and Linda M. Dardarian, partner in Goldstein, Demchak, Baller, Borgen and Dardarian (GDBBD), described how it's done.

LawyersandSettlements (LAS): Is there an area of law that you've found is especially amenable to a non-litigation approach? 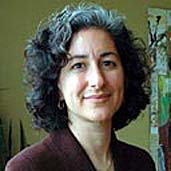 Linda M. Dardarian (LMD): Within our firm's general practice areas, I do primarily disability rights work, and within that arena, we've carved out a specialty called structured negotiation. To date, we've made about 28 agreements with some of the largest corporations in the country, which involve access to technology for the blind. Our clients include the American Council for the Blind and many ACB state affiliates, and the American Foundation for the Blind, as well as individuals.

Our clients will tell us about an access problem that they couldn't solve themselves via customer support. If we find a pattern or practice of technology not being accessible, we write a letter to the general counsel of the company laying out the nature of the problem, the facts and legal basis behind the claim, whether it's the Americans with Disabilities Act or California or other states' laws, and what we think the solution is that they should work with us to achieve. We offer to sit down with them and work on solving the problem.

So structured negotiation begins with us writing that letter. If they're not interested in meeting with us, we explain why we think we'd win in litigation. We always make a polite request, but behind it there's the spectre of a lawsuit. They know we're a serious firm that knows how to litigate hard and well and successfully. Generally they agree to sit down, since they're big corporations like Citibank, Wachovia, and American Express, and they don't want to give the impression that only sighted customers are eligible for their services. So we've been pretty successful in working these out.

LAS: What kind of solutions have you reached this way?

LMD: We've worked with major banks to get them to install talking ATMs, for example, so that a blind person can now go up to any ATM in the country, plug in an earphone, and hear a description of everything the ATM does, be taken through all the steps, and access all its features without needing help from a sighted teller or an assistant. Before this, a blind person either had to go in only when the bank was open or give their PIN to a sighted person and trust them to withdraw the right amount and not rip them off—which is something that no bank would expect them to go through.

All major banks now also provide Braille and large print on their bank card statements, because without that a blind customer would have to have a sighted person read it to them. Blind people are entitled to the same right of confidentiality as sighted people, and this provides that.

We've also worked on making online banking accessible for blind people who use screen reader software that reads aloud what's on the computer screen. The banks or retailers just have to code their web sites so the screen reader can recognize the screen content. There's no change to the site's look and feel, it's all done on the underside.

A lot of major retailers like Wal-Mart, Radio Shack, and Rite Aid, have increasingly used point-of-sale machines at their checkout stands. Many of these have had flat screens, so to use a debit card you have to use a stylus, which is inaccessible to a blind person. Similarly, with touch-screen machines, blind customers have to tell the clerk their PIN, a situation no one should have to tolerate. We've negotiated with Trader Joe's, Seven Eleven, and others to integrate a tactile keypad that visually impaired customers can use just like sighted customers.

We've done all this without having to file any lawsuits, which is a credit to the companies and to our clients for their patience. My main job has been to facilitate the communication between them to work these things out instead of facing years of fighting before anything got worked out post-litigation.

LAS: So you haven't encountered a lot of resistance to entering negotiations?

LMD: To their credit, most of the companies we've contacted have decided that it's mutually productive to sit down with us rather than take the risk and expense of litigation, since most of that winds up in settlement anyway. It avoids the fees and the frequent bad feelings involved in hard-fought litigation.

We end up meeting with the company counsel. Sometimes they bring in outside counsel; we bring our client representatives and the companies bring in their business and tech people, and there's a series of meetings focusing on how to solve the problem. We were invited into a company's tech labs once to test possible talking ATMs, since there was no off-the-shelf solution available. Our clients actually scripted the words the machine spoke, which was incredibly empowering to them and made the whole thing work much better than if a sighted person in the lab had written the script.

A huge amount of trust gets developed through this process. We end up having ongoing relationships with these companies, making sure the solutions are properly implemented over the years, and they bring access issues to our attention for help on how to work them out. It's quite extraordinary.

Attorney Linda M. Dardarian received a BA from California State University, Chico, in 1983 and a JD from the Boalt Hall School of Law at the University of California, Berkeley, in 1987. Her work on making technology accessible to vision-impaired persons has earned her honors from advocacy groups such as the American Foundation for the Blind and the American Council of the Blind. She has been a partner at GDBBD since 1998.