Study Suggests Link Between Antidepressant Use and Premature Birth

A study published in the American Journal of Obstetrics & Gynecology (5/2/12) suggests a link between use of antidepressants such as Celexa while pregnant and an increased risk of premature birth. Although the study does not examine the risk of Celexa birth defects or defects linked to other antidepressants, it does raise the issue of Celexa side effects in infants, and the effects of other antidepressants on newborns exposed to the drugs prior to birth. 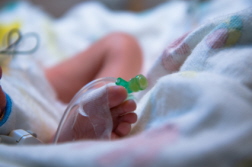 The study, which examined more than 225,000 pregnancies covered by Tennessee Medicaid from 1995 through 2007, included 23,280 pregnant women who had prescriptions for antidepressants before becoming pregnant. Of those, 75 percent did not fill their prescriptions in the second or third trimester while just under 11 percent used antidepressants throughout the pregnancy.

Researchers found that women who filled antidepressant prescriptions during their second trimester were more likely to give birth prematurely, by up to five days. They further found that use of selective serotonin reuptake inhibitors (SSRIs) during the third trimester was associated with infant convulsions. The study did not examine what further effects the use of SSRI antidepressants—a class of drug that includes Celexa—had on infants.

More CELEXA News
Meanwhile, a study in the UK suggests citalopram—the generic version of Celexa, which is sold in the UK as Cipramil—is linked to an increased risk of heart problems that can result in death. According to The Telegraph (6/30/12), doctors will now lower the maximum dose of the drug, although it is not known if the lower dose is safer. The study, conducted for the European Medicines Agency (EMA), suggested that citalopram users are at three times the increased risk of a cardiac problem called QT prolongation. QT prolongation can result in a speeding up of the heart.

The increased risk to the heart was reportedly not seen in other, similar antidepressants.