Although one of the most reported and studied of the Celexa birth defects is likely persistent pulmonary hypertension of the newborn (PPHN), there are reportedly other Celexa side effects in infants that pregnant mothers could be rightly concerned about. In fact, studies suggest that Celexa is linked to birth defects other than PPHN. 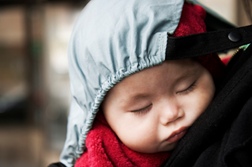 One study, published in the New England Journal of Medicine in 2007 found a link between the use of an SSRI (selective serotonin reuptake inhibitor, a class of antidepressant that includes Celexa) during pregnancy and having an infant born with craniosynostosis. Craniosynostosis is a serious condition in which one or more of the sutures, which allows movement in the skull so the brain can grow, in an infant's skull hardens early, resulting in a malformed skull, intracranial pressure and improper growth of the infant's head.

Craniosynostosis can be permanent if the defect is not corrected, usually through surgery. Furthermore, if the brain grows against the skull, the infant could develop seizures and developmental delays.

More CELEXA News
According to researchers involved in the study, although maternal use of SSRIs during early pregnancy was not associated with an increased risk of certain birth defects, use of SSRIs during pregnancy was associated with anencephaly, craniosynostosis and omphalocele. Furthermore, researchers found that the use of citalopram (the generic of Celexa) and paroxetine (the generic of Paxil) significantly increased those risks.

Anencephaly is a serious birth defect in which the upper part of the baby's neural tube does not properly close, and the baby is born without the front part of the brain. The brain tissue that has developed is sometimes exposed and baby's born with anencephaly often have a poor prognosis, with a life expectancy of a few hours up to a few years, depending on the severity of the condition.

Omphalocele is a condition in which the baby's intestines protrude from the belly through the bellybutton. In some cases, the baby's abdomen does not grow to normal size. Surgery can be performed to correct the condition, but the infant might have lifelong consequences.