Attorneys and various state regulators have begun investigations into TrueCar, an online car referral website. Investigations revolve around whether TrueCar violated the law by accepting payment for referring customers to specific car dealers. If TrueCar did receive car dealer kickbacks, it may have violated consumer protection laws in California and other states. 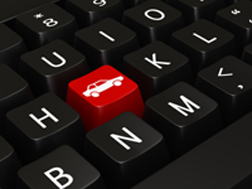 “There have been a number of investigations in different states by agencies investigating whether TrueCar received a kickback from new and used car dealerships in transactions in which a consumer referred to the dealership by TrueCar purchased a vehicle,” says Taras Kick, attorney at The Kick Law Firm, APC. “We are investigating whether that occurred in California because it is unlawful under California law, for TrueCar - without being a licensed broker - to receive payment based on a consumer’s purchase of the car after being referred by TrueCar to the car dealer.”

Among the states that have reportedly undertaken investigations into TrueCar’s activities are Colorado, Wisconsin. Louisiana, Nebraska, Kansas and Virginia. According to Automotive News (1/2/12), TrueCar has dealership clients in 49 states. Regulators are concerned with whether or not TrueCar received a payment for each time a client was referred to a specific dealership and ultimately purchased a vehicle.

Consumers looking for a car would have visited the TrueCar website and entered the make and model of a vehicle they wanted to buy. TrueCar would then have referred them to a nearby dealership to purchase the vehicle. The consumer would have been given a certificate to print out, guaranteeing the price of the vehicle, according to Kick.

None of that is illegal. But if the consumer went to the dealership and purchased a car, and TrueCar then received payment from that dealership for the purchase, that could be considered a kickback and a violation of consumer protection laws. The consumer does not need to be aware of the kickback to speak with an attorney.

More CAR DEALER KICKBACK News
Customers may also have been referred through their employer’s benefits plan, if that plan involved TrueCar as a direct buying service. Some companies had a relationship with TrueCar where the employee would go through TrueCar to purchase a vehicle. In such cases, payments made to TrueCar by the dealership may also be illegal.

“We’re currently investigating whether TrueCar accepted illegal kickbacks at any time, but particularly whether they had done so up to January 2012,” Kick says. “If someone purchased their automobile from a car dealer to which they were referred by TrueCar at any point in time prior to January 2012, we are investigating those transactions to see if a kickback occurred on them, and if so, whether the consumer is entitled to a refund.”

Attorneys are investigating TrueCar but no lawsuits have been filed so far.

If you or a loved one have suffered losses in this case, please click the link below and your complaint will be sent to a financial lawyer who may evaluate your Car Dealer Kickback claim at no cost or obligation.
Request Legal Help Now

Click to learn more about LawyersandSettlements.com
LawyersandSettlements.com is an online news and information site for the general public and legal community. As a legal news resource, we have emerged as an independent & trusted voice. We provide detailed and quality information on various lawsuits filed including Financial Cases, Automotive accidents, and Business Frauds.