The internet has changed the way we shop, for everything from clothes, to appliances, to cars. But there are, at the same time, countless examples of car dealer fraud that encompass both the bonefide dealer looking to increase his sales through unsavory means, or individuals taking advantage of the convenience and technology offered by sites such as Craigslist and eBay, to dupe well-meaning consumers. 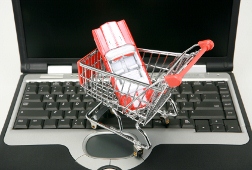 Even if a consumer intends to undertake their purchase from a reputable dealer, they’ll often check prices online first. And here’s where things get murky, in that online sites will often refer consumers who don’t necessarily wish to buy online to an actual dealer--and to a specific car or model at a guaranteed price.

This online car referral could be illegal, in that it could constitute an illegal kickback to the dealer. The consumer, starting his hunt for a vehicle online, may have assumed he is shopping wisely and saving money, whereas in reality he may have paid more for the vehicle than he should have.

Under California car dealer law, this form of referral inducement without the prerequisite registrations and other approvals, is against the law.

There are other examples of car dealer fraud--and here we’re talking of individuals who deal cars online only. According to The City Paper (Nashville, 11/15/12), California consumers were among those duped by a Hungarian man indicted on fraud charges for selling cars on eBay and AutoTrader.com, collecting deposits or full amounts, then failing to deliver the promised vehicles. Aleksandar Kunkin was identified as the perpetrator.

As for the honest California car dealer, they are in the majority--but the crooks are giving the honest guys a bad name. Eurospeed Imports, for example, is a legitimate and respected dealer located in California. At one point, according to The Canadian Press (CP) (1/8/13), Eurospeed had listed a 2011 Maserati GranTurismo for $135,000. As troublesome as the economy is for most, there are those who will enjoy and can well afford a car of that stature.

However, a website for Husen Original Autos appeared to also have a 2011 Maserati GranTurismo--a car which, according to the report not only looked similar to the car posted at Eurospeed, it appeared to be the sane photograph, according to the report. The asking price was $95,000. The address on the website for Husen Original Autos turned out to be a community center located in Phoenix, Arizona.

This kind of car dealer fraud is especially problematic for Canadians, who often look to the warmer US states to buy southern vehicles spared the harsh conditions of a northern winter. It’s also tougher to go after cheats across international borders. CP reports that Canadians have lost tens of thousands of dollars to such schemes, when the cars they thought to have purchased outright or reserved by way of a hefty deposit, never materialized.

More CAR DEALER KICKBACK News
The Ontario Motor Vehicle Industry Council referenced another apparent fly-by-night operator, advertising vehicles on line at low prices. Ambient Auto Center, on its website, claimed to be located in Oklahoma. However, after Canadian consumers complained of car dealer fraud, authorities investigated and found the physical address listed on the Ambient web site to be, in actual fact an empty field in Oklahoma.

Perpetrators of outright fraud, such as those identified above, are more of an obvious threat to most. A car advertised online at an unbelievable price that appears too good to be true--a vehicle you can’t inspect or kick the tires in person--usually is just that, too good to be true.

However, buying a vehicle through a legitimate dealer by way of a referral, either an online car referral or otherwise, can seem less of a threat or no threat at all. But that referral could result in car dealer kickbacks that not only are illegal in California, it could cost additional dollars you may not have or never intended to spend.

And your only recourse when this kind of thing happens is often a car dealer kickback lawsuit.

If you or a loved one have suffered losses in this case, please click the link below and your complaint will be sent to a consumer frauds lawyer who may evaluate your Car Dealer Kickback claim at no cost or obligation.
Request Legal Help Now

Posted by
Mike
on February 21, 2013
I don't think this is fair criticism or legislation. TrueCar is upfront that they charge dealers after the sale, even telling the world how much. Everyone that buys a new car pays into an advertising budget that is used for all kinds of customer acquisition by the dealers, but NO CONSUMERS get any money out of those budgets. Those monies are used for lead generation, marketing, etc., with the goal of reaching customers interested in buying cars. TrueCar is another means for doing the same thing, reaching customers interested in buying cars, but with the exception that they consumer is now getting real direct value out of those dealer advertising dollars by way of haggle-free discounted pricing, and where they get zero direct value from traditional radio or print advertising.

Most people hate buying new cars, and I believe that one reason is due to their inability to negotiate their own good deal. Consumers can research negotiation for dummies online, but few people can apply what they've learned in a few short articles and achieve the savings promised by TrueCar. So is the consumer really getting a bad deal because TrueCar is making $300 from their transaction? Could they have negotiated the same deal as TrueCar on their own? Could they have additionally negotiated that $300 out of the dealers' advertising budget? No on all accounts in my opinion, or else the consumer would have. Put another way, if I'm an average consumer with average negotiation skills, and I see TrueCar's price on my PC screen, and I know the dealer pays TrueCar $300 for the sale, then why don't I go to whatever dealership that I want and negotiate the TrueCar price less $300? The answer is because I still have to do the negotiation work, and once I'm down at the dealership, there's no guarantee that I'll get that price, let alone the one that TrueCar quoted. So there's more to the service than just the price: convenience, ease, guaranteed pricing, etc.

So if a buyer is aware of the fee, and still agrees to use the service, feeling that they're getting a better deal than they could have on their own, they who's the legislation really "protecting". If the fee (and I don't think "kickback" is an appropriate term either, look up the definition to see why), is fully disclosed, and I'm an adult that is legally able to make my own purchasing decisions, why should I not be allowed to use TrueCar? I CHOOSE to use it despite the fee. $300 is not the end of the world, anyway. If it was $1000, I might protest or boycott the company, but it's not...not even close.

I've used TrueCar, (not in one of these no-no states), and I have no intention on joining a class action suit against a company that I think is doing a great job at uncovering the mystery's of buying a new car and helping consumers pay less than the market average. And by the number of purchases TrueCar has reportedly participated in nationwide, I'd say a significant number of my peers agree with me.