Wells Fargo on Monday urged a California federal judge to refuse to certify a class of more than 600 home consultants who claim in a California Labor lawsuit that the bank failed to pay them for missed meal breaks. 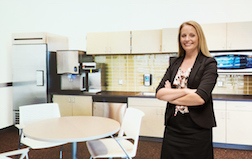 However, in Oct. 2016 US District Judge Philip Gutierrez granted Wells Fargo's motion to dismiss all of the lawsuit claims except the ones relating to meal and rest breaks.

In January 2017, plaintiff attorneys filed a motion to certify a class of 610 employees who were allegedly compensated for missed meal breaks according to a "base rate" of pay that didn't include commissions earned.

"In situations where class members did not earn commissions, bonuses or other incentive pay, during the period when a meal period premium was paid then the base rate and the regular rate are the same," according to the plaintiff's motion.

In response, Wells Fargo attorneys filed a motion on Monday, arguing that the bank's polices of paying workers who miss meal periods are "generous," since they provide a one-hour break premium without stipulating payment be based on the reason the meal was missed.

Wells Fargo argued in the motion that the bank has maintained a "published and widely disseminated lawful meal period policy" throughout the class period.

More CALIFORNIA LABOR LAW News
The policy, outlined in Wells Fargo's employee handbook, requires that nonexempt team workers can work no more than five hours without being provided an uninterrupted meal break of at least 30 minutes, pursuant to California Labor Law. Employees who miss their meal break are instructed to record the missed break to be paid meal period premiums in the next paycheck.

Wells Fargo also argued in its motion that the employees should not be allowed to form a class because the workers present too many individual issues, including reasons breaks were missed and whether certain workers were entitled to breaks.

"It would be impossible to tell which home mortgage consultant would be entitled to meal pay without hearing individualized testimony and conducting an employee-by-employee, shift-by-shift analysis," according to Wells Fargo's motion.

"Individual issues permeate every aspect of the claims in this suit, including establishing injury, liability and damages, rendering the matter unmanageable."