California Software Company Sues Competitors Over Use of Employment Agreements

California cloud computing company Veeva Systems has filed a lawsuit against three of its competitors, hoping to stop companies' widespread misuse of non-compete and other employment agreements that are barred by California law and can restrict employees' basic rights, according to The Mercury News. 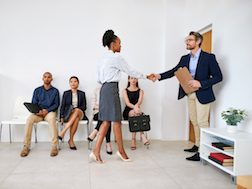 Veeva Systems, based in Pleasanton, CA, filed a lawsuit in Superior Court in Alameda County against competitors Medidata Solutions Inc., Quintiles IMS Inc. and Sparta Systems Inc., claiming that those companies have overbroad non-compete, confidentiality and non-disparagement agreements that make recruitment of their employees "difficult and expensive," according to The Mercury News.

Non-competition agreements generally prevent employees from working for their employers' competitors for a specific time frame after the worker leaves the company. The agreements also often prohibit the employee from soliciting coworkers to leave the company and join the worker at the new job.

"A March 2016 report from the US Treasury Department found that 18 percent of all workers, or about 30 million people, were covered under non-compete agreements," according to The Mercury News.

The Mercury News reported that Veeva Systems has lost money defending itself and its employees in previous litigation over hiring employees from the defendants but Veeva Systems CEO Peter Gassner told the newspaper that reasons for the lawsuit extend beyond simply maintaining Veeva's competitive edge.

"People who live outside of California are not free to come work for a California Company because they're [bound] by those agreements," Gassner told The Mercury News, adding that employees should be free to move between jobs to be paid higher wages or obtain better work.

More CALIFORNIA LABOR LAW News
California law bans enforcement of non-competition agreements with some exceptions. However, companies headquartered in other states that do enforce the agreements can stop their employees from hiring on at competing companies in California.

A May 2016 report from the White House expressed concern that non-compete agreements, especially in low-paying jobs, can reduce a worker's ability to use job switching or the threat of changing jobs as a negotiation tool for higher wages or better conditions, The Mercury News reported.

"Veeva Systems said it does not require employees to sign non-compete agreements," according to The Mercury News, and it will not let a current or past non-compete prevent it from hiring a qualified candidate, including employees from the defendant companies it names in the lawsuit."

If you or a loved one have suffered losses in this case, please click the link below and your complaint will be sent to a drugs & medical lawyer who may evaluate your California Labor Law claim at no cost or obligation.
Request Legal Help Now

Posted by
Joel Fortner
on July 30, 2017
I believe the Non-competition agreements are extremely harmful to employees who are pursuing their rights to life, liberty and the pursuit of happiness. Moreover the use of a "Non-competition agreements" are a ruse to control and maintain psychological control over people. We are a free society and not we are slaves.