Truckers Hauling to Trial Against J.B. Hunt for Alleged Wage and Hour Violations

A group of 11,000 truck drivers filed a California unpaid wages lawsuit back in 2009, alleging that one of the largest trucking and logistics companies in the United States violated California wage law. The parties fought about whether California state law was pre-empted by the more industry friendly federal law. In a victory for the truckers, the U.S. Supreme Court denied J.B. Hunt’s appeal, leaving in place the District Court’s ruling that California law is controlling. As the parties prepare for a fall trial, J.B. Hunt has moved for summary judgment and to decertify the class. Plaintiff truckers have just filed an opposition to that motion, saying that the claims of all 11,000 truckers are similar enough to justify class action status. 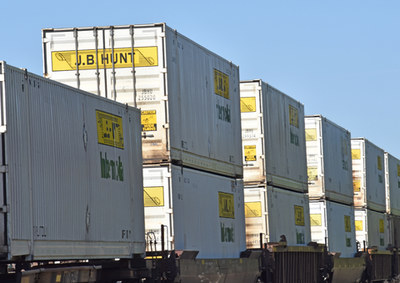 
In the initial 2009 complaint, Ortega v. J.B. Hunt Transport, Inc., docket number 2:07-cv-08336, the truckers allege that Lowell, Arkansas-based trucking company J.B. Hunt used a “piece-rate” compensation system, the effect of which is that drivers are not separately paid for pre- and post-trip vehicle inspections, periods of time when trucks are broken down, loading and unloading freight, fuel fill-ups, performing inspections, waiting for a customer, washing of trucks, waiting for dispatch, mandatory paperwork, detention time, waiting to be dispatched, training, or for meal and rest breaks. All of these things truckers are required to be paid for under California law. In justification of their claim that state law should control, the truckers argued that they operated their trucks primarily within the state of California.

Regardless, J.B. Hunt argued that a 1994 federal law that barred states from setting laws that affect the routes, price and services of trucking companies controlled. J.B. Hunt was joined by various industry groups in its arguments that allowing state law to control would have a negative impact on competitive market forces. The United States Chamber of Commerce also weighed in on J.B. Hunt’s appeal to the United States Supreme Court to overturn the state court’s ruling that state law controlled, taking the side of the trucking industry. The Court declined to take the appeal, in a minor victory for truck drivers who are now free to proceed to trial against J.B. Hunt.


Plaintiffs allege that J.B. Hunt used an activity-based-pay (“ABP”) compensation system (called a piece rate compensation system in California) that violated state law. Under this compensation system, truck drivers are paid per mile driven. In addition, they are paid for certain enumerated activities while not logging miles, like delivering a load of freight—making a “drop” (though they are not paid for time spent actually loading and unloading the freight).

Regarding meal and rest breaks, in California, employees who work more than five hours per day are entitled to a half-hour meal break. Those who work more than ten hours are entitled to another half-hour meal break. The truckers argued that because truckers must pull over and find a legal place to park to take their breaks, drivers who opt out of minute unpaid rest breaks are paid more than drivers who take them. According to the truckers, state and federal courts have universally held that it is unlawful to calculate wages based on piece-rate tasks, and apply portions of those wages to rest periods in order to meet minimum wage requirements. In their most recent court filing, the Plaintiffs had to withdraw the portions of their claim relating to meal and rest break violations on grounds that J.B. Hunt failed to maintain reliable records as to when meal and rest breaks were missed. Because evidence can degrade over time, it is important to seek California unpaid wages legal help as soon as one suspects that they have a claim.

Truckers Say the Evidence is Clear

More CALIFORNIA UNPAID WAGES News
Although the truckers had to withdraw their claim relating to meal and rest breaks, the bulk of their claims are supported by sufficient evidence to proceed to trial, they say in a recent court filing. In their recent motion to decertify the class, J.B. Hunt alleged that class members were subject to 190 different compensation plans, and thus a class action lawsuit is unworkable. But according to counsel for the Plaintiffs, they will easily be able to identify what specific tasks drivers were not paid for under the piece rate compensation system. Having consistent claims across all class members, they say, justifies moving forward with the trial in the fall. The District court has to rule on the continued class action status, but trial is currently scheduled for September of 2018.