How Will Passage of Save America’s Pastime Act Impact California Lawsuit?

Minor league baseball players have been fighting for fair wages since 2014, alleging violation of FLSA statutes. However, the Save America’s Pastime Act, signed into law March 23rd exempts minor league players from the FLSA. What happens now?

A California unpaid wages lawsuit, that traces its origins to the Golden State in 2014 and held national implications after it was granted class action status appears all but dead after the US Congress included a statute in its omnibus spending bill signed into law last week. That statute, known as the ‘Save America’s Pastime Act,’ (SAPA) exempts minor league baseball players from the Fair Labor Standards Act (FLSA) and the protections the Act affords workers with regard to minimum wage and overtime. 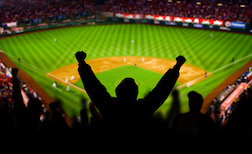 While major league ballplayers can make millions per year – the entry-level wage for a pro baseball player signed to the roster of one of the big teams in Major League Baseball (MLB) is above a half-million dollars per year – minor league players make a fraction of that, and are not represented by a union. When the California unpaid wages lawsuit was first launched in February, 2014 in San Francisco some plaintiffs were paid as little as $1,100 per month for a work week exceeding 50 hours, with little-to-no provision for rest breaks and meal periods – let alone a fair hourly wage and overtime pay.

Factoring in the number of hours worked together with the lack of overtime pay, plaintiffs allege they were paid below minimum wage and thus, employers were in violation of FLSA statutes.


Minor league baseball serves as a necessary feeder system for ‘The Show,’ as the major league circuit is commonly known. With successful MLB baseball players commanding small fortunes in terms of salary and signing bonuses, the substantial cost to MLB and their respective teams appears to provide motivation to keep salaries of non-unionized minor league players low. Boston.com (03/23/18) reports those playing rookie ball as well as Class-A players can make as little as $1,100 per month, while Double-A players make about $1,500 per month and players at the Triple-A level were taking home $2,150 per month.

The lower-paid plaintiffs making as little as $5,500 for an entire regular season (not including spring training or post-season ball) were the driving force behind the class action California unpaid wages lawsuit seeking fair wages. However, Boston.com reports in the Associated Press story that there was quiet, but intense lobbying on Capitol Hill to have the SAPA statute included in the omnibus government spending bill that was signed into law by the President on Friday, March 23. The Save America’s Pastime Act exempts “any employee employed to play baseball who is compensated pursuant to a contract that provides for a weekly salary for services performed during the league’s championship season (but not spring training or the offseason) at a rate that is not less than a weekly salary equal to the minimum wage…for a workweek of 40 hours, irrespective of the number of hours the employee devotes to baseball related activities.”


Experts suggest that SAPA takes the teeth out of the class action California unpaid wages lawsuit, which certified participating minor league players toiling in a California league, instructional league or extended spring training since February 2011. MLB has a request before the 9th US Circuit Court of Appeals to overturn the class certification. That intervention from MLB has delayed the case from going to trial.

More CALIFORNIA UNPAID WAGES News
Thousands of potential class members were eligible to benefit from the class action wage and hour lawsuit, which some pundits a year ago were musing that MLB may wish to settle out of court to avoid liability. “That, to me, has always seemed as the most logical outcome here given the potential liability,” University of Georgia legal studies professor Nathaniel Grow, an expert on legal issues in baseball, said in April of last year. “The more that the courts can continue the case and keep the pressure up, the more likely it is the MLB will want to settle. I have a hard time thinking that MLB is going to want to take this case to trial. I could be wrong, but my sense is that the plaintiffs’ case is going to be sympathetic to a jury, especially out in California.”

It is unknown what happens now. The lawsuit is Senne et al. v. Office of the Commissioner of Baseball et al., Case No. 3:14-cv-00608, in the US District Court for the Northern District of California.

Posted by
Elizabeth Rizzo
on April 30, 2018
I was sexually assaulted on the job as a flight attendant for Netjets some years ago. This was after I reported it, served suspensions for reporting it, etc.

i was eventually fired from my job for reporting sexual harassment. I was not permitted to sue.

Now, in the days of "Me, Too," I am wondering if I can at least collect my final two weeks of unpaid wages, even though it is years later, even though i fought off and reported a sexual attack while on the job.

Posted by
Dennis Hull
on April 1, 2018
Very curious how the "Save America's Pastime Act" ended up in the Omnibus Spending Bill passed last week in Congress. The MLB must have some very good (and high paid) lobby people greasing the palms of our honorable congress members. It should be outlawed to put these non-related bills into the spending bill. What does paying a minor league player a reasonable wage have to do with US Government spending bill? Let's start DRAINING the swamp of congressional rules designed to make being a congress person a very rich individual!