Will an Appeal Secure California Insurance Claim Help for Couple?

A Yucaipa couple who thought they had purchased appropriate insurance and believed they were protected under California insurance law realized too late that the product they had bought was allegedly “junk insurance” and of little use to them in the face of a serious health issue. 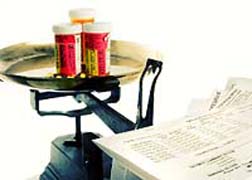 A jury was little help when Norman and Kathleen Carter of Yucaipa sought help from the courts for their California ERISA denied claim. All is not lost, however, as the plaintiffs are weighing their options for appeal.

As outlined in the San Bernardino Sun (1/4/13), the Carters purchased a $1 million policy featuring low premiums but a high deductible from Mid-West National Life Insurance Company, a US-based provider with head offices in Tennessee. The purchase was made in March 2004. Six years later, Kathleen Carter was diagnosed with cancer and was treated at the hospital over a three-week period, from January 23 through February 15, 2011.

While there was no denied ERISA disability involved, medical bills claimed by the couples were processed by Mid-West, with the insurer classifying $134,000 of the claim as miscellaneous. The remainder, which represented 77 percent of the total claim, was denied outright. The Carters were paid 23 percent of the total medical bill for Kathleen’s cancer treatment at Loma Linda University Medical Center.

In their California ERISA denied claim lawsuit, the Carters alleged their Mid-West policy did not adequately articulate what charges would be construed as “miscellaneous” and which charges would not be covered, and this past August filed a bad faith insurance lawsuit against the firm, citing fraud and breach of the implied covenant of good faith and fair dealing.

However, the jury rejected the plaintiff’s claims and found for the defense. The jury hypothesized that in its view the plaintiff should have known the insurance coverage they eventually purchased was lacking, simply by reading through the policy. In this way, the jury did not agree the plaintiffs were “deceived or defrauded” and determined the plaintiffs, in the juror’s view, failed to meet the burden of proof.

It was not articulated just how the Carters had purchased the problematic policy and whether or not a Mid-West representative was directly involved in vending the product to them.

More CALIFORNIA DENIED DISABILITY INSURANCE News
Disability insurance, together with all other insurance products, is held as a hedge against unexpected disaster. In a long-term-disability-denied situation, plaintiffs will often come up against an insurer who fails to deliver the benefits as stipulated in the policy in a typical case of bad faith insurance. Often, the services of a California denied disability insurance lawyer is the only recourse for an insured party to attempt to force an insurer to provide benefits as stipulated.

In this case, however, according to the jury, the insurer provided exactly the benefits as reflected in the policy under California insurance law. The issue, therefore, may well be just how the plaintiffs came to misinterpret the tenets of their policy, and whether an appeal will deliver some California insurance claim help.