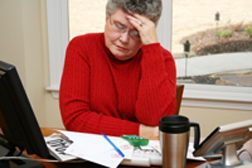 The class-action lawsuit was filed in Los Angeles County Superior Court against CalPERS (California Public Employees’ Retirement System) and alleged more than 100,000 retirees were misled about their long-term care insurance, CBS LA (8/6/13) reports. The lawsuit claims that for the past 10 years the long-term insurance was under-funded, resulting in a premium increase. The issue is that policyholders claim they were told their rates were fixed and reasonably priced, and would not increase based on the policyholder’s age or health.

CalPERS recently announced that premiums of many policyholders would increase up to 85 percent in the next two years. With an 85 percent increase, some customers could go from paying just under $200 a month up to almost $800. But since most policyholders are seniors and have fixed incomes, they will not be able to afford the insurance, which will result in their insurance being canceled and the premiums they have paid being useless.

Named as plaintiffs, according to court documents found online, are Elma Sanchez and Holly Wedding. They allege that promotional materials marketed the insurance as “30% less than comparable commercial plans” because the program is not-for-profit.

But the plaintiffs argue, “From the very beginning, the premiums for the insurance were grossly underpriced and were not sufficient to provide the level of benefits promised under the program…In short, CalPers, which had no prior experience providing long-term care coverage, over-promised and under-delivered.” Furthermore, they allege, CalPers did not conduct a proper analysis, which would have revealed how much future benefits would cost.

More CALIFORNIA DENIED DISABILITY INSURANCE News
Making the situation worse, in 2009, CalPers stopped enrolling people in its insurance program, but did not inform policyholders about that decision nor did it explain to policyholders the consequences of those actions.

The plaintiffs say CalPers know its long-term care policies were “grossly underpriced” and it would be forced to raise premiums but did not warn policyholders, who, if they had known the truth, would have purchased different insurance. “CalPers’ irresponsible conduct resulted in Plaintiffs and the Class renewing their policies until they were too old to purchase alternative coverage with another company,” the lawsuit alleges. They are now left with the decision to either stop paying or pay premiums they cannot afford.

The lawsuit seeks to represent others similarly situated who purchased LTC1 and LTC2 policies from 1995 to 2004.

Posted by
ted M.
on April 26, 2017
The CalPers Long Term Care plan administrator is crooked. They play games and do not pay claims. They want to force members to hire their below standard providers instead of your own. This plan is useless and a total ripoff. I have paid over $25,000 into the plan since 2000 and now that I file a valid claim they turned it down for no good reason. As soon as the class action trial which starts on October 2017 is over I will drop out of this total waste of my hard earned money.
Posted by
John de Beck
on September 12, 2014
The whole system is a sham, I cannot imagine how a trusted retirement system like PERS could be a party to any thing so obscure and untransparent. Me and my wife have been enrolled for years (both now 85) and we have never been given a clear picture of the claims criteria, and what the approval process is, or would be. The plan was touted as protecting against inflation with no increase in rates...
now 85% would wipe out my wifes ENTIRE retirement. GO LAWSUIT! I think the judge recompension plan should be that the LTHC policy should be backed by the state PERS program funds.... They were the sponsor and did all the promotion under their name!
Posted by
Sigh
on March 14, 2014
Dear Judge:
CalPERS Long Term Care fraudulently has built two financial and communication ‘moats’ around its subscribers’ potential benefits in order to pay them delayed, reduced or no benefits at all, relying on the subscribers’ critical physical and mental frailties in order to carry out this scheme. These financial ‘moats’ have been in its requirements that subscribers finance their own care expenses for the first 90 days, and by not providing written answers to specific questions of subscribers, while they are in fairly good health, and are planning their potential future benefits, instead sending them obfuscating pamphlets and forms letters. Please see an example of one such communication below:


Dear calpersltc@univitahealth.com manager:
Please send me your answers to the following questions in writing only, regarding my CalPERS Long Term Care benefits, ID: XX-XXXXXX. Please do not send me pamphlets or form letters and do not try to call me on the phone. Should you have any questions about my questions, please submit them to me via my email address.
These questions assume that all your claim application process and ADL requirements have been approved by you and my physicians.
1) Before the start of my first 90 day care, paid for by me, what should I have done to insure that my caregiver could continue working and receiving her pay after the first 90 days, from the CalPERS LTC directly, up to the CalPERS LTC benefit limits, without any interruption or need for her replacement;
2) Also, could I or my family members hire or replace my caregiver without any requirement to do so with help of an outside agency or registry (what are your qualification requirements for a caregiver hired by me or my family members, if any);
3) Also, who authorizes me to receive benefits, i.e. hire a caregiver, etc. (for example what would be the role of my primarily care physician or other physicians in this regard);
4) Also, how much would my caregiver receive monthly for her home services to me from the CalPERS LTC, if her services were to start in January 2015?


Posted by
Rose
on November 26, 2013
I have been trying to cancel our (my husband and I) long term care policy since July, there is always one more form to fill.

I finally got my coverage cancelled but still trying to get my husband's cancelled!

They have made it so hard with different CalPers reps giving conflicting info on how to do it, refusing to process the form because my husband intialled it, even though we told them many times that was his signature.

Posted by
pattibel
on August 25, 2013
I have first hand experience with CalPERS LTC. My husband and I purchased policies about 1993, I believe, and have paid into it with periodic price increases.

My husband became terminally ill and, when the time came that we needed LTC, our HMO called PERS LTC about placement. We live in CA; LTC offices are in MN. Our HMO provider was not only treated rudely (three present during this telephone call), but incorrect information was provided. Our HMO was told my husband had to go to a facility with ten or more beds. CA law states that under these circumstances there can be a maximum of six beds. Thus, my husband was transported to a huge facility for "rehabilitation" where mentally deranged people wandered about.

My terminally husband was in this huge facility for six days being "rehabilitated" before I found a six bed facility for him. I paid $3850 for 30 days of care at the smaller facility starting April 26, 2013. My husband died on May 11, 2013. CalPERS LTC has paid NOT ONE RED CENT! This, after 21 years of paying into the programThankfully, my HMO and Medicare picked up the emergency room costs and the six day "rehabilitation" charges or I would have been stuck with them, too.

Today I wonder about my CalPERS LTC. Will they ever pay if I need LTC? Seriously, I doubt it.

Click to learn more about LawyersandSettlements.com
LawyersandSettlements.com is an online news and information site for the general public and legal community. As a legal news resource, we have emerged as an independent & trusted voice. We provide detailed and quality information on various lawsuits filed including Insurance Cases, Employment Law Cases, and Financial Cases.