It wasn't enough that Sandi Fannin lost her husband, many of her friends and her business in a horrific shooting in the Golden State last fall. Now, according to a bad faith insurance lawsuit, Fannin is allegedly experiencing untoward delays and denials at the hands of her insurer, adding further heartbreak to an already devastating event. 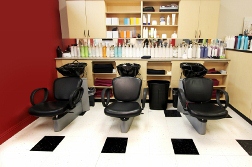 According to the Orange County Register (10/10/12), Fannin's world unraveled on October 12, last year. Fannin was in the back of the hair salon she co-owned with her husband, mixing hair dye, when shooting erupted at Salon Meritage in Orange County, located near the Pacific Coast Highway. No fewer than eight people were killed or gravely injured. Fannin's husband Randy did not survive.

In pursuing an insurance claim with Employers Mutual Casualty Company (Employers), Fannin was treated "rudely arrogantly and as an adversary," according to the text of a California Insurance Law suit filed in Orange County Superior Court a year after the shooting took place.

"Defendants treated Sandi with disdain instead of compassion," her insurance lawyer said.

According to the bad faith insurance lawsuit, Employers Mutual Casualty Company delayed payments at a time when the plaintiff was also grieving over the loss of her husband—and at a time when she needed the money most—eventually, the suit claims, providing less money than was her due under the terms of the policy.

The insurance company is not commenting in view of the pending litigation.

However, according to the Register, the Fannins had a commercial insurance policy with Employers that covered them for loss of income and property. According to the lawsuit, the insurer communicated to Fannin that 30 days was more than enough time to re-open the salon following the mass killing. Fannin, it has been reported, was eventually paid less than half what she had been expecting.

Fannin has since sold the salon to a colleague, who plans to renovate and re-open soon. Fannin commented that she plans to work in the salon a day or two per week, but will no longer own the establishment. In deference to what she was allegedly told by the insurer, the salon has yet to re-open more than a year following the tragedy.

"It really wasn't fair," she told the Register of the insurance claim denied.

More BAD FAITH INSURANCE News
"I lost everything that day," she said. "My husband, together with my friends—they were more like family—and my business were all gone in a matter of minutes. If people are in insurance, they need to be a little more understanding and show a little bit of compassion," at a time when she could have used some insurance claim help, she said.

It was reported Employers eventually paid Fannin about $30,000 for loss of income and loss of her business, which the insurance fraud lawsuit claims is about half what Fannin is due.

The target of the unfortunate shooting was one of the stylists who worked at Salon Meritage. The accused shooter had been at one time married to the woman, and showed up at the salon, killing the woman and then randomly opening fire inside. Regardless of the circumstances, California insurance law states that all insurance contracts should be honored.

Posted by
kz
on December 2, 2012
I no longer wait to call a lawyer if I have a claim agians an insurance comapny.

People need to wake up! At the first sign of a hassle with an insurance company simply say to them next week you will be taolking to my lawyer. and

This is a WARNING! not all lawyers are created equal nor are they equally good. So, you better be careful about who you choose as a lawyer just like you need to be careful about the insurance company you do business with.

Posted by
I agree!
on December 2, 2012
I had similar deal with Allstate many years ago.
They can advertised daily, but they like state farm, never want to pay out, or honor thier contracts with you.
Only class action law suits with change their attitude and actions of arrogance toward their customers.

Posted by
saundra harbison
on November 29, 2012
While my husband was in the hospital in another county from where we live our house was robbed of all our valuables. This robbery occured the last of May '12 my husband untimely death happened the first of June '12. Of course my husband came first, and I tried to gather myself together as much as possible to start the homeowners claim. I filed a claim with Allstate Insurance in July. I have been treated horribly by their adjustors and my family as well. They are constantly having me to turn in the same documents over and over. The adjustor came to my house and stole important documents from my kitchen table without my consent...she needs to be in jail! They have basically called me a liar and pointing the finger at me as to say while my husband was fighting for his life I was so cold and cruel to be planning to rob ourselves!!! It is very offensive to have these type accusation made to you. Right after our payment to them cleared the bank Allstate canceled the policy becuase of false accusations. Now they are demanding an EUO to harrass me and my mother more. We have been told they intend to deny my claim. I have not made any false statements or claim nor embellished my claim. I will never use Allstate and highly do not recommend them...their advertisement on tv as the good hands people is a out and out lie...the bad hands people