On August 20, the U.S. Food and Drug Administration provided an update on adverse events relating to breast implants, including breast implant-associated anaplastic large cell lymphoma. The new FDA update on BIA-ALCL reports a total of 733 cases and 36 patient deaths globally, an increase of 160 new cases and 3 deaths since July 2019. Of those 733 cases, 84.6 percent involved Allergan implants. 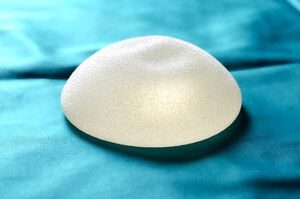 The FDA estimates hundreds of thousands of American women have Allergan Biocell breast implants. The exploding number of Allergen breast implant lawsuits has now been consolidated in the multidistrict Allergan Biocell Textured Breast Implant Products Liability Litigation in the federal District Court for the District of New Jersey.


BIA-ALCL is not breast cancer, but a form of non-Hodgkin's lymphoma. In most cases, what is now sometimes referred to as “breast implant illness” or “BII” is found in the scar tissue and fluid near the implant; it can, however, spread throughout the body. A BIA-ALCL diagnosis is serious and can lead to death if not diagnosed early and promptly treated. Even when the disease is successfully managed with surgery, chemotherapy and radiation therapy, the treatment is physically invasive and emotionally traumatic. This is especially true for women who have had reconstructive surgery following breast cancer.

The top ten breast implant side effects reported to the FDA include: The FDA has also released a video on seven things patients should know about breast implants, including risks, complications and information about BIA-ALCL and systemic symptoms. The agency cautions, among other things, that:


In July 2019, Allergan recalled its Biocell textured breast implants and tissue expanders. The recalled products include: It was not until nearly a year later, however that the company launched a campaign to contact patients who may not have been aware of the recall. In the meantime, a great deal of damage may have already been done.

Allergan was granted premarket approval by the FDA in 2000 to market the first line of Biocell implants. Additional designs were later approved in 2006 and 2013. By January 2011, however, the FDA had identified a link between breast implants and BIA- ALCL.

In 2015, the French National Cancer Institute claimed “[t]here is a clearly established link between the occurrence of this disease [BIA-ALCL] and the presence of a breast implant.” In March 2017, the FDA warned that “[t]he risk of BIA-ALCL is higher for textured surface implants versus smooth surface implants.” In December 2018, Allergan’s Biocell textured implants lost their European certification and were suspended from the European and Brazilian markets. Within months, Allergan textured implants were also banned in France and Canada. The U.S. recall followed a year later.

More BREAST IMPLANT RELATED CANCER News
Injured patients have begun to question whether Biocell textured implants are inherently dangerous or whether their injuries are a consequence of manufacturing or design defects. Troubling questions also persist about whether Allergan hid the evidence of the dangers by misreporting implant ruptures and other injuries as “routine events.” Routine events do not require public disclosures through the Manufacturer and User Facility Device Experience (“MAUDE”) database, which doctors routinely use to monitor the safety of medical devices.


In August, several dozen Allergan BIA-ALCL lawsuits had been consolidated in the multidistrict litigation. But the litigation is still in its early stages and many now expect that more than a hundred cases may be joined. The first trials of bellwether cases will not occur for months.

If you or a loved one have suffered losses in this case, please click the link below and your complaint will be sent to a drugs & medical lawyer who may evaluate your Breast Implant Related Cancer claim at no cost or obligation.
Request Legal Help Now