More BP ERISA PLAN News
From fisherman to tourism operators, the oil spill in the Gulf of Mexico has affected the livelihood of many, but it also hurt a not-so-obvious group of people: individuals with BP ERISA plans. 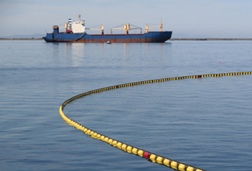 When the Deepwater Horizon rig exploded and sank on April 20, BP's stock plummeted, which hurt investors as well as BP employees with 401(k) plans, according to CBS MoneyWatch.

SEC filings indicate that almost 30 percent of BP's 401(k) plan was invested in BP stock, which caused many people to lose a substantial part of their retirement income. It is estimated that the oil company's stock has lost more than $1 billion in value since April 20.

This drastic reduction in value of pension plans has caused a number of parties to file lawsuits against BP, including the state of New York, which lost more than $30 million from its pension fund because of the drop in BP stock, according to the New York Daily News.

The explosion of the Deepwater Horizon rig took the lives of 11 workers.

If you or a loved one have suffered losses in this case, please click the link below and your complaint will be sent to an employment law lawyer who may evaluate your BP ERISA Plan claim at no cost or obligation.
Request Legal Help Now