A Close Call for Botox User

Susan was prescribed Botox injections to stop drooling. It has worked so far, but not without complications that have proved fatal to others. Unknown to her, the symptoms she took in stride were, in fact, early signs of poisoning by the botulinum toxin that constitutes Botox. And she suffered partial paralysis of her throat.

"Because I was suffering from excessive drooling," says Susan, "which was a side effect of the drug Seroquel that I was taking for a disorder called dyskinesia, my doctor prescribed Botox injections. 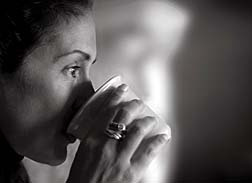 I'm a beautiful woman and there I was drooling down the side of my mouth, over my chin, down my neck--all over my face. If I didn't constantly use baby wipes, it was horrible. People looked at you all funny. And drinking coffee in the morning was a disaster.

I started the Botox treatments about two years ago and have had six injections so far, at three month intervals. The first was given to me by the head of neurology at the Kaiser Permanente in San Francisco."

Susan experienced some common Botox side effects of tingling and numbness with the first injection, but nothing that made her worry. When she was sent to the Fresno office closer to her home however, she was startled when the doctor used a long needle instead of the fine one used in San Francisco. But it was the effect of that injection that scared her.

"It paralyzed my throat and I couldn't swallow for six weeks," she says. "I called the doctor the next day and told him I was having trouble swallowing. He replied that if the food wasn't going down my windpipe there was no problem; I was okay. He also said that maybe we just got a bad batch of Botox.

Within 24 hours my throat had swelled up. The paralysis was pretty scary; I didn't know if it was going to stop, escalate into something worse, or reach its peak. Mike, my husband, brought me baby food and soft food and at times I had to regurgitate and spit it up--not a pretty picture."

The Fresno doctor did switch to the short needle and continued the injections--at the base of her jaw by the ear, under the middle of her neck and beside her chin.

One of the key concerns about Botox is the tendency of the botulinum toxin to migrate from the point of injection to nearby regions inside the body. Since 16 deaths have recently been linked to the spreading toxin, the advocacy group Public Citizen is demanding the FDA draft the strongest possible labeling--black box warning--on boxes of Botox and the similar Myobloc, alerting users to the risk of adverse effects.

Only in recounting her story did Susan become aware that she was indeed experiencing several of those effects. "Besides the paralysis," she says, "I remember lying in bed and feeling like my breath was being taken away from me and I wasn't going to be able to get the next breath, almost like a panic attack. Also my mouth was so dry and I had to drink so much liquid I sounded like I was drunk."

More News
"I had no idea that all these were warning signs of botulism poisoning!" Susan says. "Even the droopy eyes! I've been showing Mike my eyes but we put it down to something else.

"I don't think I'll be continuing the Botox now that I know. The clinic sends me a notice card when it's time for my next injection but I don't think I'm going to go. What if my esophagus had closed up?"

Along with the black box warning, Public Citizen has asked the FDA to draft a notice to doctors, and to make available consumer-friendly documentation explaining the drugs' risk, to be handed out to patients at the time of their treatment.

Being informed is key. Patients would best serve their interests and perhaps save their lives by ensuring their decision to be treated by Botox is an informed one, by learning the early signs of botulism, and knowing their legal rights.