When recalls of products are announced, consumers are often relieved to have a potentially dangerous product out of their home, but when products like the Bjork Shiley Heart Valve are taken off the market, patients often wind up with even greater concerns. The Bjork Shiley valve was removed from the market because of concerns about serious health risks for patients who had them implanted. The problem for patients, however, is that some patients were considered too risky for removal surgery, leaving the defective Bjork Shiley Heart Valves in their system. 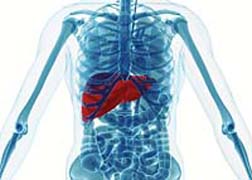 Bjork Shiley heart valves were available on the market from 1979 through 1986. They were used to replace mitral or aortic valves but were taken off the market due to a risk of a component on the valve fracturing. That fracture could cause uncontrolled blood flow and could also result in releasing a portion of the valve into the blood stream, potentially cutting off blood flow to other parts of the body.

Because of the risks associated with surgery to remove the valve—the rate of death associated with the surgery was around five percent—not all patients were given surgery to remove the valve. Instead, they were put on anticoagulant medications such as Warfarin to prevent blood clots. But they spend each day knowing they have a valve that could potentially fail or fracture at any moment, putting their lives at risk.

According to The New York Times (1/25/92), the valves were implicated in approximately 300 deaths, and two-thirds of patients whose valves fracture die as a result.

More BJORK SHILEY HEART VALVE News
Lawsuits were filed against Pfizer on behalf of patients who received the Bjork Shiley heart valve and lived with concerns that their valve might fracture. One class-action lawsuit, filed in 1991, resulted in a settlement of between $155 and $205 million. That lawsuit alleged Pfizer and its subsidiary, Shiley Inc., conspired to hide the risk of serious health problems associated with fractures of the heart valves, the Los Angeles Times (1/9/91) reports. Furthermore, the lawsuit alleged that during clinical trials of the valve in 1979 one valve fractured but no changes were made to the valves as a result of that incident.

In 1992, the FDA issued its warning about the Shiley valves, noting that the risk of fracture could be five times higher than previously thought and warning that valve fracture is often fatal.

If you or a loved one have suffered losses in this case, please click the link below and your complaint will be sent to a defective products lawyer who may evaluate your Bjork Shiley Heart Valve claim at no cost or obligation.
Request Legal Help Now

Posted by
Susan Hunt
on March 3, 2016
Hi, I live in the UK I lost my husband in 1991 aged 32 due to the strut rupture on his bjork shiley valve my daughter was aged 10 at the time
Posted by
mrs peake
on December 18, 2015
I live in the uk.In 1990 my father died as a result of a deficient shiley heart valve.
We were I think one of the first families to bring media coverage of this to the uk.My sister was also the first or youngest child to be left fatherless,aged 11. I still find it very difficult to come to terms with.A devise that was meant to lengthern my fathers life was actually the very cause of his death.
Posted by
Vittorio Canta
on April 2, 2015
Good day,

Without being able to contact directly the makers of a heart valve (Bjork–Shiley) I wonder if you would be able to give mi some information about the model that I have been carrying since 1984.
The serial number, 29AGVCM10302, is the only item in my possession since the hospital was unable to retrieve more info and the doctors on my case have apparently ceased to exist.
I anticipate your reply and thank you in advance.

Posted by
Paul W Cucciardo
on July 31, 2012
I beleive I have the oldest Bjork Shiley Aortic valve now still functioning.I was implanted at St. Francis General Hospital in Pittsburgh,Pa on Aug3,1973 by Dr. James Giacobine, myvalve # is 29XBP137. I had some trouble with Coumadin in 1981 but no valve problems. Any other info needed you may use email or phone 803 493 3010
Posted by
Richard Sandoval
on July 15, 2012
I am a 51 yr old male and had a Bjork Shilley Valve put in in 1975 when i was 13. I had no idea what was happening at the time but have become very interested in the valve for the last 20 yrs.I have become curious of the longevity of the valve and if it will go bad or not. I wonder about it more now than when i was 13.
Posted by
Anil Nair
on February 23, 2012
My dad had AVR on 1987 in Mumbai India and dies of complication (Valve Failure) in 1989. We were told that this was due to mis management of Warfarine but having gone through all the article on the web, I believe we were not told the whole truth.

As this was over 20 years ago and in India, can this be investigated ?