Bjork Shiley Lawsuits Settled Decades Ago, Could More be Filed? 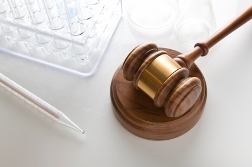 Back in 1992, The New York Times (1/25/92) reported that Pfizer had agreed to settle lawsuits linked to the Bjork Shiley Convexo-Concave valve, which at the time was linked to approximately 300 deaths and had been implanted in around 55,000 patients around the world. The valve, which was sold from 1979 until it was recalled in 1986, reportedly had problems with the struts, causing the valve to fail. Although the failure rate of the valve was low, up to two-thirds of patients who experienced strut failure died, making valve failure an emergency for patients.

Making the situation worse were allegations that a fake employee was used to cover up problems with the Bjork Shiley valve. According to "Bjork-Shiley Heart Valve Recall" (online at biomed.brown.edu), many valves were "rewelded" by employee 2832, an employee who reportedly did not exist. Rather than rewelding cracks in the valves, an employee likely polished over the cracks. After the valve was pulled from the market, the US Food and Drug Administration (FDA) issued a report alleging the maker of the valve "engaged in a continuing scheme to interrupt, deflect and misdirect the F.D.A.'s regulation of the Shiley Convexo-Concave heart valve."

More BJORK SHILEY HEART VALVE News
The 1992 settlement was worth between $155 million and $205 million and Pfizer offered to create a fund to pay for cardiac consultation of patients with the valve and further offering to set money aside so research could be conducted to determine which heart valve recipients had the highest risk of a fracture.

Although it has been decades since the Bjork Shiley valve was taken off the market, patients may still have the valves implanted. That is because the risk associated with replacing the valve was considered higher in some patients than the risk of the valve failing. So patients have had the valve this whole time, wondering if it would fail.

In the event that their valve does fail, they could be eligible to file a lawsuit against the maker of the Bjork Shiley heart valve.

If you or a loved one have suffered losses in this case, please click the link below and your complaint will be sent to a drugs & medical lawyer who may evaluate your Bjork Shiley Heart Valve claim at no cost or obligation.
Request Legal Help Now