Vioxx/Bextra: "They get you fixed but then they stonewall you."

Jay Sullivan is a cancer survivor, which is an accomplishment in itself. He's also a survivor of Merck's Vioxx and Pfizer's Bextra, two nonsteroidal anti-inflammatory drugs (NSAIDS) that were pulled from the market because of a dangerously high risk of heart attack.

Sullivan (not his real name pending possible legal action) says, "I had non-Hodgkins lymphoma and I went through chemotherapy in 2001. Afterwards, I was having a lot of joint and muscle pain. My doctors prescribed Vioxx and then Bextra in 2003, something non-narcotic that would make me comfortable. 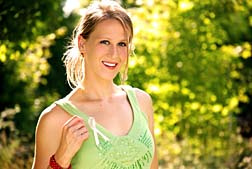 "In 2004, I went into work and started feeling dizzy and had a real weird irregular heartbeat. My coworkers took me to the emergency room, where I had an EKG that panicked the doctors enough that they brought in a crash cart in case I needed it. They put me into a room and were going to stop my heart and try to restart it with the crash cart to see if it would restore my heartbeat That's when the doctor said that if I had gone though a lot of strenuous exercise my heart probably couldn't have supported it.

"They asked about my medical history and I said I'd had cancer and chemo. When I told hem about the Vioxx and the Bextra, they kind of looked at each other and said 'Hmm,' then assured me that had nothing to do with it, it must have been related to my chemotherapy. They didn't want to go there.

"They ran a bunch more tests and found out that my left ventricle wasn't working at all and my heart had sort of re-routed the electrical impulse and a small vessel had grown into a large vessel to handle the blood flow. They sent me to a specialist who stopped my heart, rerouted the impulse, blocked off the vessel, and started up my heart again, and it worked perfectly.

"Today I take Lisinopril and Coreg daily; they're blood thinners and a little bit of a blood pressure med; they told me it was so my heart would work a little less hard. I was on light duty for two or three months after the surgery, but I'm fine now. I'm 50, and now and then I have a little irregular heartbeat.

"I had no previous history of heart trouble. I've been a hundred percent heart-wise all my life. My blood pressure has always been perfect, cholesterol, the whole nine yards—it's always been in the normal range. But my heart went into arrhythmia and only one part was really working, and it was irregular enough that it made the people in the ER get this 'Oh, crap!' look on their faces, which didn't help my nerves at all.

"About the time I had my heart problems, I heard about Vioxx and Bextra and I thought, 'You know, I think I was taking one of those,' and I took the bottles off the shelf and looked at them, and I had been taking both of them!

"I didn't know who to talk to or whether it was worth messing with. I didn't know how to approach it, and I was getting frustrated. That's why I wrote to you guys. It was frustrating going up against the medical community. They get you fixed, but then they stonewall you like that. Maybe other people will read my story and say, 'Oh, wow! That sounds like me.'"

If this does sound like you, then you may be eligible for inclusion in class action suits against Merck Pharmaceuticals for Vioxx or Bayer AG for Bextra injuries. Let us know about your case—you may be owed damages for what you have experienced from these unsafe NSAIDS.