Inside the $300 Million Benicar Settlement

When the manufacturers and marketers of Benicar agreed to the $300 million settlement to resolve state and federal Benicar lawsuits, they did so while admitting no liability for any wrongdoing, and maintaining their position that claims have no merit. 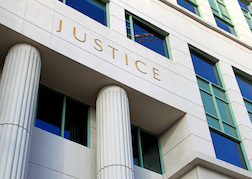 What’s more, according to manufacturer Daiichi Sankyo – which markets Benicar alongside Forest Laboratories – the settlement has little material impact on Daiichi financially, given that the $300 million settlement is expected to be funded primarily out of insurance proceeds, with any shortfalls supplemented by company funds.

Thus, pundits may wonder wherein lay the pain for the manufacturer in the face of some 2,300 collective claims from plaintiffs alleging grievous Benicar side effects? It is expected that Daiichi and Forest will continue to market Benicar (olmesartan) as an effective response to high blood pressure, while downplaying the risks.

“Daiichi Sankyo is committed to the health and safety of all patients taking our medications,” said Glenn Gormley, executive chairman and president of Daiichi Sankyo, in a statement following the court hearing.

“We believe a settlement is in the best interest of all, and will allow us to continue our focus on bringing to market innovative medicines that help people live healthy and meaningful lives,” Gormley said.

The Benicar side effects settlement was announced August 1, saving the defendants from further hearings that had been scheduled to determine the admissibility of expert witnesses. According to the settlement, the fund will not be paid out until 95 percent of all eligible litigants and claimants make their move to opt in to the settlement under various conditions, with a deadline looming later this month.

And it’s not too late to file claims, either. Benicar patients who allege Benicar defective products and having suffered from Benicar illness and weight loss can still participate in the settlement, but only if they have a retainer in place with a qualified Benicar attorney by August 23.

Benicar is indicated for the treatment of hypertension (high blood pressure), and there is no dispute as to its effectiveness in successfully treating the condition. However, olmesartan – which is also found in Azor, Tribenzor and Benicar HCT – has been linked to sprue-like enteropathy, a chronic condition that is characterized by symptoms ranging from Benicar illness and weight loss to nausea, malnutrition, dehydration and chronic diarrhea. The latter can be especially serious for seniors, and for people who lead busy lives in that they must have facilities available close by if nature calls (which it does with absolute suddenness and with little advance warning when chronic diarrhea comes to the fore).

Sprue-like enteropathy has landed many a plaintiff in hospital.

In 2013 the US Food and Drug Administration (FDA) mandated a warning to the Benicar label based on 23 reports of late-onset diarrhea the agency had received through its adverse events reporting system. While there are other medications out there indicated for the treatment of high blood pressure, olmesartan is unique in its association with sprue-like enteropathy. The FDA has gone on record as suggesting any association between olmesartan and sprue-like enteropathy goes well beyond mere speculation.

The master settlement agreement signed by both sides on August 1 was hailed by US District Judge Robert B. Kugler of US District Court New Jersey, where cases were centralized in multidistrict litigation.

More BENICAR News
A Benicar attorney representing the plaintiffs suggested that Tuesday’s agreement on a master settlement was based on a true “team effort.”

Judge Kugler went one better, characterizing attorneys on both sides of the dispute as “zealous advocates.

“The real heroes are you, the lawyers,” Kugler said.

Daiichi and Forest will continue to market Benicar and olmesartan. In 2012, according to court documents, 1.9 million patients received a prescription for Benicar or a similar drug containing olmesartan in the year before the FDA issued its warning about sprue-like enteropathy.

The case is In Re: Benicar (Olmesartan) Products Liability Litigation, Case No. 2606, in the US Judicial Panel on Multidistrict Litigation.