As each year draws to a close it’s useful to look back at the year just past and take stock of the previous 12 months. With Benicar side effects and, specifically sprue-like enteropathy, 2017 should see continuing litigation activity with Benicar lawsuits filed as late as December 30. With the arrival on the market of at least two sets of generics from competing manufacturers, it will be interesting to scan the horizon for even more litigious activity given the availability of olmesartan to more Americans. 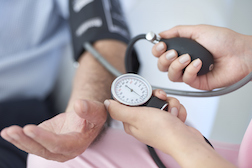 The most grievous is Benicar illness and weight loss in association with sprue-like enteropathy, a nasty gastro-intestinal condition characterized by nausea, chronic diarrhea and severe weight loss. The painful condition has landed many a patient in hospital, and subsequent Benicar lawsuits allege Benicar defective products.

Now, olmesartan is available to even more Americans thanks to the expiry of the olmesartan patent which gave Daiichi Sankyo exclusive manufacturing and distribution rights. At least two competing pharmaceutical companies have announced generic versions of olmesartan: Mylan Pharmaceuticals Inc., which rolled out generic versions of Benicar and Benicar HCT (Olmesartan Medoxomil and Hydrochlorothiazide) earlier this year, and Lupin Limited (Lupin), a more recent player in the US pharmaceutical market.

More BENICAR News
Based in Mumbai, India Lupin Limited set up shop in Baltimore, Maryland as Lupin Pharmaceuticals Inc. The manufacturer announced last month that it has secured tentative FDA approval for a generic version of Benicar.

Generics are inherently less expensive than branded, heritage drugs with the expectation that olmesartan will be available to more people. Increased use is presumed to translate into additional complaints of Benicar side effects, including sprue-like enteropathy.

Posted by
Hermanell Smith
on January 8, 2017
I did take Benicar and they had to take me off and put me on another medication for my blood presure