As those involved in Benicar litigation argue about some Benicar lawsuits being remanded to state court, more lawsuits are being added to the consolidated proceedings. The number of lawsuits sitting in MDL 2606 now sits at almost 1,700 and more lawsuits could be filed before the bellwether cases make their way to court. 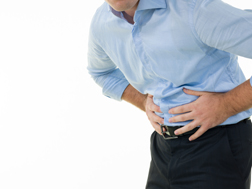 According to the Judicial Panel on Multidistrict Litigation, 1,694 lawsuits have been consolidated in the Benicar multidistrict litigation for pre-trial proceedings. While their inclusion in the MDL is not a comment on the merit of the suits, it does speak to the fact that the lawsuits make similar allegations about Benicar.

That said, in July, the federal judge overseeing the multidistrict litigation remanded 32 lawsuits to state court in Missouri, finding the New Jersey court did not have jurisdiction over the claims. This is because the court found that some of the 75 plaintiffs involved in that particular action lived in the same state where one of the defendants has a principal place of business.

Benicar, known generically as olmesartan, is an angiotensin II receptor blocker used to treat high blood pressure. It has been linked to sprue-like enteropathy, in which patients experience chronic diarrhea, gastrointestinal problems, and weight loss. A 2012 study in Mayo Clinic Proceedings suggested olmesartan might be linked to sprue-like enteropathy after the symptoms of 18 patients who developed the condition improved when they stopped the medication.

Sprue-like enteropathy linked to medication can take months or even years to develop, and it can require hospitalization. In a 2013 drug safety communication concerning olmesartan, the US Food and Drug Administration (FDA) noted that symptoms of sprue-like enteropathy include severe, chronic diarrhea and substantial weight loss.

More BENICAR News
"If patients taking olmesartan develop these symptoms and no other cause is found, the drug should be discontinued, and therapy with another antihypertensive started," the agency noted.

As a result, the FDA approved changes to the label of drugs that contained olmesartan - including Benicar - to include the risk of sprue-like enteropathy.