Removing TVM Mesh Akin to Taking Rebar Out of Concrete

What was originally meant to be a savior for women suffering from Stress Urinary Incontinence (SUI) and Pelvic Organ Prolapse (POP) has become a scourge for many, including those who have received the Bard Avaulta mesh implant. Meanwhile, legal counsel representing a plaintiff in a mesh lawsuit likened any attempt to remove previously implanted mesh to the removal of reinforcing rebar in cement. While mesh was formally approved by the US Food and Drug Administration (FDA) in 2005 someone, it seems, forgot to study what you do when the material has to come out. 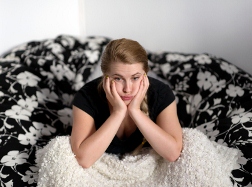 Avaulta mesh is just one of a long list of mesh products produced by no fewer than 32 manufacturers informed last January by the FDA to study rates of organ damage and other complications arising from mesh implants. Meanwhile, the plaintiff in a mesh trial involving a TVM (transvaginal mesh) product produced by Johnson & Johnson (J&J) testified on January 10th that she has required 18 surgical procedures to repair damage allegedly caused by J&J’s Gynecare Prolift implant.

Bard mesh has allegedly been responsible for similar fates. While mesh has been used historically for hernia repair, over time the use of mesh evolved to include treatment for POP and SUI in middle-aged women suffering the prolonged aftereffects of childbearing. Pelvic organs will sag and droop towards a women’s vaginal wall as pelvic muscles weaken. Previous procedures undertaken to shore up the sagging organs involved more invasive surgery to the pelvic muscles, until someone came up with the idea of using mesh products for a quicker, less-invasive procedure.

Such an evolution also allows mesh manufacturers like Bard Avaulta the advantage of new, lucrative markets for their products.

However, various horror stories involving Bard Avaulta mesh and other mesh products have surfaced, with claims of the mesh shifting, and protruding through the vaginal wall, causing pain and discomfort for the woman and even preventing intercourse. Plaintiff Linda Gross, in comments published by Bloomberg News and appearing in The Times of Trenton (1/11/13) testified in the J&J Prolift trial that she can no longer work as a nurse due to the pain she suffers as the result of the TVM mesh.

More BARD AVAULTA TVM News
Eighteen months ago the FDA published an opinion that, in the agency’s view, mesh products such as the Avaulta mesh system was no longer necessarily the most appropriate, and perhaps not the safest treatment for POP and incontinence--and should not be used as a first line of treatment. Rather than pull the TVM mesh products off the market, the FDA mandated manufacturers to undertake post-market studies instead.

That doesn’t help the thousands of women who are left to contend with the Avaulta mesh system, and others like it. Plaintiffs in mesh lawsuits claim that TVM mesh manufacturers knew, or should have known about the potential complications and risks, but failed to communicate those risks to patients and their doctors. Countless women have required additional surgical procedures to remove the problematic mesh. Still others, whose mesh has become so intertwined, do not have the benefit of mesh removal and are forced to live with the pain and complications for the remainder of their days…