Serious complications have been associated with transvaginal surgical mesh, which is used to treat pelvic organ prolapse (POP) and Stress Urinary Incontinence (SUI). Lawsuits have been filed against C.R. Bard, the manufacturer of Bard Avaulta mesh, alleging the Bard Avaulta System is defective.

Send your Bard Avaulta TVM claim to a lawyer who will review your claim at NO COST or obligation.
GET LEGAL HELP NOW
or call 888-240-1521 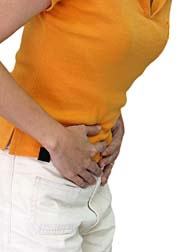 An increasing number of complaints have been reported to the FDA against the makers of transvaginal mesh (TVM) medical devices. Bard Avaulta TVM problems range from pain during sex to erosion of vaginal tissue and infection to even death.

Bard Avaulta transvaginal mesh (TVM) is used to treat pelvic organ prolapse (POP), which occurs when organs, including the uterus or bowel, drop against the wall of the vagina. In some cases, synthetic vaginal mesh such as Avaulta is implanted to support the muscle. In other cases, surgeons stitch the connective tissue in the vaginal wall back together. Bard surgical mesh is also used to treat Stress Urinary Incontinence (SUI).

Currently product liability lawsuits are being filed against a number of transvaginal mesh manufacturers, including Bard, claiming that the vaginal slings were negligently designed, causing pain and other complications.

A number of pelvic organ prolapse (POP) patients with the Bard Avualta vaginal mesh claim that defects in the design of the synthetic mesh caused them to suffer severe injuries and complications after surgery. Further, lawsuits allege that Bard knew or should have known about the dangers and risk of problems with its synthetic mesh but the company continued to market and promote the product as a safe and effective treatment for POP, while minimizing the risks of a Bard Avaulta procedure. Lawsuits claim that Bard failed to adequately research the product and establish that it provides both long term and short term efficacy.

Bard, based in Georgia, manufactures, distributes, and markets numerous medical devices. Brand names of Bard' transvaginal mesh patches include: The Bard Avaulta litigation was consolidated in October 2010 as part of an MDL in the US District Court for the Southern District of West Virginia.

The FDA has received over a thousand reports of Bard Avaulta complications associated with surgical mesh since 2005. Complications most frequently involve erosion through the vaginal epithelium (in 2010, more than 75,000 women had vaginal mesh surgery to repair POP, at least 10 percent of whom suffered mesh erosion that required surgery to remove the mesh within 12 months); extrusion; infection; hardening of the mesh; chronic pain, and damage to surrounding organs.

Further problems reportedly include bowel, bladder and blood vessel perforation during insertion. In some cases, patients have undergone follow-up surgery to correct these problems. Because of its design, which allows tissue infiltration, the Bard Avualta mesh makes removal of the mesh very dangerous and potentially life-threatening. Other patients underwent IV therapy, blood transfusions and drainage of their hematomas or abscesses.

A study published in The New England Journal of Medicine suggests that women who receive synthetic vaginal mesh like the Bard Avualta to treat pelvic organ prolapse are at higher risk of complications than women who undergo stitching of their connective tissue. Biologic mesh has a higher success rate than synthetic mesh, but it is expensive and requires greater surgical expertise.

In October 2008, the FDA issued an alert about complications associated with transvaginal placement of surgical mesh to treat Pelvic Organ Prolapse (POP) and Stress Urinary Incontinence (SUI). At the time, FDA noted that in the previous three years, it received more than 1,000 reports from nine surgical mesh manufacturers of complications associated with their surgical mesh devices. On July 13, 2011, the FDA issued a public notice regarding the use of transvaginal mesh (TVM) for the treatment of POP and Stress Urinary Incontinence (SUI). Doctors and their patients are now advised to consider alternatives to TVM. .

Some doctors have expressed their concern about the use of vaginal mesh. In a November 2010 letter to the American Journal of Obstetrics & Gynecology (11/29/10), a doctor wrote that it is impossible to obtain informed consent for the use of vaginal mesh because there is not sufficient data regarding its use. Instead, the doctor writes, use of the mesh should be treated as experimental, and patient consent should be given on that basis.

If you or a loved one has suffered damages in this case, please click the link below and your complaint will be sent to a lawyer who may evaluate your claim at no cost or obligation.
Please click here for a free evaluation of your Bard Avaulta TVM claim
or call 888-240-1521
Last updated on Jul-29-11

Santa Clara, CA: Manufacturers of transvaginal mesh have been issued with final orders from the US Food and Drug Administration (FDA) that strengthen the data requirements for surgical mesh to repair pelvic organ prolapse (POP) transvaginally, or through the vagina. Hundreds of lawsuits have been filed against the manufacturers of these devices alleging mesh erosion, infection, pelvic pain and urinary problems.READ MORE
Device Maker, C.R. Bard Agrees to Settle More Than 500 Lawsuits Brought Over the Avaulta Transvaginal Mesh Device

C.R. Bard indicated the settlement in its second-quarter filing with the U.S. Securities and Exchange Commission (SEC).READ MORE
Parade of Trials Continues for Avaulta Mesh

The Avaulta mesh lawsuit that recently ended in a ruling favoring the plaintiff could set the tone for similar lawsuits regarding the Bard Avaulta mesh implant and other implants designed to treat Pelvic Organ Prolapse (POP) and Stress Urinary Incontinence (SUI). One of the points argued by plaintiff lawyers at the trial was that officials with C.R. Bard Inc. allegedly knew that the plastic used to manufacture the Avaulta mesh carried, it was alleged, a warning that the material should not be permanently implanted in humans.READ MORE