An article published in Clinical Quality & Infection Control (July 2013) said that “Recent studies published in medical journals questioning the safety of forced-air patient warming in orthopedic implant and other ultra-clean surgeries could mean a wave of new litigation.” 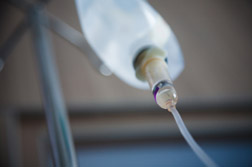 In December 2010, the New York Times reported that the inventor of the Bair Hugger, Dr. Scott D. Augustine, said the forced-air warming blanket (FAW) could actually pose a danger to patients receiving implants such as hip and knee replacements. He said the forced air could spread bacteria that can lead to hospital-acquired infections such as sepsis and MRSA. That was five years ago!

Twenty years ago the Minnesota anesthesiologist had the idea of keeping patients warm during surgery - it helps anesthetized patients regulate their body temperature and prevent hypothermia - so there would be less bleeding and faster recovery time. The Bair Hugger, which is basically a blanket connected to a portable heater/blower by a flexible hose that blows warm air on a patient’s skin, was approved by the FDA in 1998.

About two years after Dr. Augustine asked hospitals to stop using the device during certain surgeries, the Bone & Joint Journal sided with the doctor. Researchers found that air circulating over the surgical wound in the forced-air warmer contains 2,000 times more contaminants than alternative systems. Apparently the Bair Hugger can suck up air that may contain bacteria on the operating room floor and recirculate the contaminated air to a medical device such as a hip replacement or artificial heart valve.

More BAIR HUGGER News
An article published in Anesthesia & Analgesia (August 2013) determined that forced-air devices could present a potential risk for infection in prolonged vascular and hip surgery. It said that forced-air warming “was found to establish convection currents that mobilized resident air from nonsterile areas (under the anesthesia drape) upward and into the surgical site.”

More than 50,000 Bair Hugger units in 2013 were in use in the US and Bair Hugger is used in almost all total joint replacement surgeries.

Meanwhile, Dr Augustine, who made a fortune with the Bair Hugger, is now touting the benefits of his HotDog patient warming device. The system, which is air-free, operates differently from FAW and claims to be “a safe and effective alternative.”
READ ABOUT BAIR HUGGER LAWSUITS

Posted by
Wayne Phillips
on January 11, 2017
How do I find out if the Hospital that did my knee replacement and revision used the blair-hugger blanket on me.
Posted by
louise boyles
on August 12, 2015
How do I find out if the hospital where my knee replacement was done used this device because I developed and infection had be put in hospital pic line and eventually a revision
Posted by
Mary bradley
on August 5, 2015
Had thr 12/31/13 Sibley Memorial Hospital. Went home the next day. Approx 3 weeks later back in hosp with infection( serratia marachens). Had surgery to clean it out then had to have the hip taken out and spacer implanted. 6 months of pain and loss of income. Still have pain and a huge scar and a limp when I get tired. Told everyone I could that I was frightened of infection as I got MRSA when I had my twins 26 years prior. New hip was installed 6/14