The number of filings in multidistrict litigation over the Bair Hugger warming blanket greatly increased in June, according to a Reuters analysis of data from the US Judicial Panel on Multidistrict Litigation. 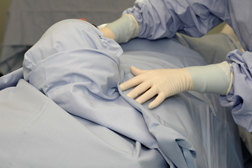 While court documents haven’t disclosed how many Bair Hugger lawsuits are currently pending, the manufacturer, 3M Co reported that as of March 31, 2016, it faces more than 260 lawsuits, most of which are pending in federal or state court in Minnesota. Most plaintiffs had knee or hip replacement surgery or cardiovascular surgery and later developed surgical site infections they allege were due to the use of the Bair Hugger.

One lawsuit filed by three women - executrixes of the succession of Edgar C. Woodyear Jr., - allege that he underwent a cardiac mitral valve replacement surgery and suffered a serious surgical site infection, which resulted in his death, according to the Louisiana Record. The plaintiffs claim 3M is responsible because they allegedly “designed, manufactured, promoted, marketed and distributed the defective device and concealed and continue to conceal their knowledge of the Bair Hugger’s unreasonably dangerous risks from consumers and the medical community”. (Case number 3:16-cv-00270)

3M spokesperson, Donna Fleming Runyon, said that “3M wants patients, surgeons and hospitals to know that there is absolutely no merit to these claims,” adding that many factors are known to increase the risk of surgical site infections, some of which include having other medical problems or diseases.

More BAIR HUGGER News
Most complaints have been filed by knee and hip replacement patients because bacteria that forms around the device during surgery can make infection resistant to our natural immune response. As well, a protective shield can be formed by the bacteria around the device, making antibiotic treatment ineffective. As a result, many patients have undergone additional surgeries and even amputation to treat the infection.

Several knee replacement patients who developed debilitating deep-joint infections have shared their Bair Hugger complaints with LawyersandSettlements even though they aren’t certain the warming blanket was used during their surgery. (If you are having difficulty obtaining medical reports from the hospital, an attorney can help.) Chances are, it was used. Runyon said that in over 25 years, more than 200 million patients have been warmed by the Bair Hugger.