If the first few months of 2016 are anything to go by, Bair Hugger lawyers have a busy year ahead. As of mid-January, more than 100 Bair Hugger claims were pending in the District of Minnesota as part of a multidistrict litigation (MDL). 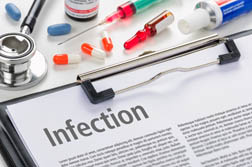 The latest Bair Hugger lawsuit was filed February 1 by a New Orleans man in the U.S. District Court for the Eastern District Court of Louisiana against 3M Co. and Arizant Healthcare Inc., citing negligence, misrepresentation, fraud and deceit, breach of express warranty, breach of implied warranty, and violations of the Louisiana Products Liability Act. In his lawsuit, Richard Smith alleges that the Bair Hugger caused contaminants to be blown into his open surgical wound during a right knee surgery in December 2011 and resulted in the contamination and infection of the wound site. Smith said he underwent additional surgical procedures because of the infection.

Like other Bair Hugger lawsuits, Smith claims that 3M knew the blanket was defective yet “negligently and deceitfully continued to market and sell the device, even after defendants allegedly admitted that the device was prone to pathogens in 1997,” and that 3M “willfully deceived the Food and Drug Administration about the efficiency of its air flow system in 2009.”

While 3M says the Bair Hugger’s safety is supported by 60 randomized controlled clinical trials since its development in 1987, more recent scientific studies seem to suggest the potential for otherwise.

The Bone & Joint Journal (November 2011) published a study, titled “Forced-air warming and ultra-clean ventilation do not mix,” of experiments with mannequins and research on past patient records. Researchers found the Bair Hugger created a “significant” increased risk for deep joint infection compared with patients who used the HotDog - a similar surgical warming blanket. The study used statistical regression to report an infection rate of 3.1 percent with forced air, compared with 0.8 percent with the HotDog.

More BAIR HUGGER News
According to one study published in Anesthesia & Analgesia, “Forced air warming was found to establish convection currents that mobilized resident air from non-sterile areas (under the anaesthesia drape) upward and into the surgical site.”

According to a pretrial order issued on February 9, 2016, the Court will convene an Initial Pretrial Conference on Thursday, February 18...
READ ABOUT BAIR HUGGER LAWSUITS