The initial suit was filed in November 2007 by two former Baptist Memorial employees, a nurse and a security guard, on both their own behalf and that of their fellow employees. The plaintiffs' complaint charges that many Baptist Memorial employees reported early and stayed for their work shifts; they also frequently either worked through their statutory unpaid half-hour lunch break or were called to duty during meals. 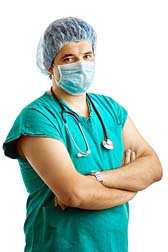 The suit alleges that Baptist Memorial was aware of this "off the clock" work, but neither recorded nor paid for the "straight time" and overtime work that this involved, and is in violation of the federal Fair Labor Standards Act (FLSA).

FLSA requires that employers pay all non-exempt employees "straight time" for all hours worked up to 40 hours a week and overtime at time and a half for all hours over 40 per week. According to the complaint as filed, Baptist Memorial did neither of those.

Baptist Memorial has denied the charges in a court filing that also claims the plaintiffs were actually paid for time they did not work—although they couldn't or wouldn't say what that was.
In addition to the two original plaintiffs, the suit as filed seeks to include "all persons who were, are, or will be employed by Defendant [Baptist Memorial] in hourly labor within three years from the commencement of this action who have not been compensated for all hours worked and/or who have not been compensated at one and one-half times the regular rate of pay for all work performed in excess of forty hours per week." In other words, a class action for unpaid overtime—potentially a very big class action.

Since the suit was filed, at least two other Baptist Memorial employees have joined the original plaintiffs, and attorney Alan G. Crone is actively seeking others. In an interview with the Memphis Fox News affiliate, Crone said that Baptist Memorial's overtime policy is outdated—for example, it automatically deducts workers' pay for the half-hour lunch break whether it is taken or not.

Crone says, "What we are hoping to accomplish is to get people paid for the time they worked for which they were not paid; and then hopefully Baptist will work to put procedures in place to make sure that people are paid for the time that they work." It's called a fair day's wages for a fair day's work—plus overtime after 40 hours. And it's the law.

If you have suffered damages in this employee overtime case, please contact a lawyer involved in a possible [Baptist Memorial Hospital Lawsuit] to review your case at no cost or obligation.
Request Legal Help Now

Posted by
keisha lewis
on February 21, 2011
i was wondering on the status of the case is it going to be a judgement verdict soon