It's been expected—and today the manufacturer of Avastin begins a two-day appeal before the US Food and Drug Administration (FDA), pleading for more time in an attempt to save a controversial breast cancer drug. 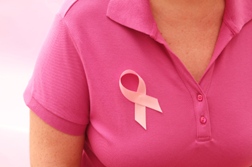 Avastin, manufactured by Genentech, was fast-tracked for approval within a framework that allows drugs that could prove effective for serious diseases to get to market faster. The idea is to make the drug available to that niche of patients for whom the drug is designed, with the approval dependent upon further studies post-approval.

Normally, a new drug is required to pass a volley of approval tests before the FDA is satisfied that the benefits outweigh the risks. For some drugs, however, the approval rules are bent to allow those patients who are extremely ill access to the drugs sooner. The studies will come, albeit, after the fact.

With Avastin, studies appeared to suggest that Avastin was not effective against breast cancer and did not help patients live longer. For breast cancer, therefore, the FDA decided that the benefits no longer outweighed the risks for that indication, and proposed the revocation of Avastin's approval last December.

Avastin has still been available to breast cancer patients, pending an appeal by Genentech. That appeal starts today in Washington.

According to The New York Times on June 27, Genentech is making a case before the FDA to delay the revocation further, and to maintain the status quo for Avastin and breast cancer until Genentech can facilitate at least one additional clinical trial.

So far, the public response from cancer patients appears overwhelmingly in favor of keeping Avastin available for breast cancer treatment, given data that appears to suggest it has worked for some women—although with insufficient numbers, apparently, to placate the FDA.

More AVASTIN News
Critics of Avastin claim that not only is the drug ineffective for the breast cancer indication, debilitating side effects can prove dangerous—and they want to see Avastin revoked for that indication in an effort to preserve the integrity of the accelerated approval process. To that end, the process holds that a drug brought to market in an accelerated fashion can and should be revoked if further study suggests its effectiveness or safety did not meet expectations.

Even if the FDA were to follow through on its proposal to revoke Avastin for breast cancer treatment, it would still be available to treat other cancers, such as those of the lung, kidney and brain. And doctors, having the authority to prescribe drugs off label, would still be in a position to treat their breast cancer patients with Avastin if they saw a need to do so.

The issue, however, is that Avastin for breast cancer may not be covered by Medicaid, Medicare, or individual health insurance plans or HMOs, given that it may no longer carry FDA approval for that indication. And the cost is prohibitive—upwards of $88,000 for a years' worth of treatment.

The Avastin FDA hearing is expected to wrap up in the nation's capital tomorrow.