Send your Avastin claim to a lawyer who will review your claim at NO COST or obligation.
GET LEGAL HELP NOW 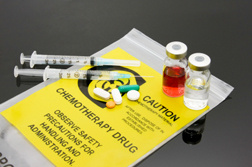 Avastin is an anti-cancer drug used in combination with chemotherapy. Avastin chemotherapy inhibits tumor growth by preventing the formation of new blood vessels that deliver oxygen and nutrients and allow the tumors to grow.

In 2004 Avastin (bevacizumab), in combination with chemotherapy, was approved for treatment of non-small cell lung cancer and colorectal cancer. Avastin eye injection is also used off-label by many ophthalmologists in the treatment of Avastin macular degeneration. New research, however, indicates that Avastin or Bevacizumab may increase the risk of death in some cancer patients when compared to the use of chemotherapy alone--particularly in breast cancer patients.

Four Avastin clinical studies showed that use of Avastin in women with breast cancer did not prolong overall survival rates nor provide a sufficient benefit in slowing the progression of the disease. The studies concluded that the risks of Avastin treatment for breast cancer--which include severe high blood pressure, bleeding and hemorrhage, development of perforations in the nose, stomach and intestines, and heart attack or heart failure--outweigh the potential benefits. Some reports have suggested an Avastin placebo effect based on the performance of Avastin in these clinical studies.

Avastin lawsuits are now calling for the maker of Avastin to stop marketing Avastin treatment for advanced breast cancer. In December, 2010, the FDA notified healthcare professionals and patients that it is recommending removing the breast cancer indication for Avastin because the drug has not been shown to be safe and effective for that use. Avastin is FDA-approved only for treatment of colon, kidney, brain and lung cancers, but off-label Avastin therapy is widely used, particulary for Avastin eye therapy, which is administered by Avastin eye injection. 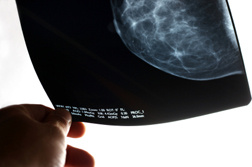 Avastin is used to treat the following conditions:

Avastin is also associated with kidney damage, according to the Journal of the American Society of Nephrology (June 2010) Dr. Shenghong Wu and a team of scientists at Stony Brook University Medical Center found that patients on Avastin were at increased risk of severe protein loss from the kidneys, which can lead to permanent damage.

Overall, patients on Avastin were at a fourfold risk for protein loss and kidney damage, depending on dosage and the type of cancer. Ten percent of patients being treated with the drug for kidney cancer suffered organ damage and were at highest risk.

In 2009 researchers found that cancer patients treated with Avastin have an increased risk of developing potentially deadly holes in the wall of their stomach, small intestine or large bowel, known as gastrointestinal perforation. When the stomach develops perforations, gastric acid can leak into the abdominal cavity, causing chemical peritonitis. Such incidents are considered surgical emergencies that require immediate treatment.

2004: FDA approves Avastin for US market for treatment of non-small cell lung cancer and colorectal cancer when combined with chemotherapy.

February 2006: Several Avastin patients suddenly die while being treated with a combination of Avastin and Xelox, another anti-cancer drug.

November 2008: The Journal of the American Medical Association reports an increased risk of blood clots associated with Avastin and researchers ask that Avastin information includes stronger warnings (black box warning) be added to the label regarding Avastin side effects.

December 2008: Genentech indicates they had knowledge of 36 reports of adverse events associated with use of the drug to treat eye conditions, and 32 of the events involved severe eye inflammation. (These Avastin side effects were reported in Canada between November 4, 2008 and November 20, 2008.)

July 2010: FDA advisory committee votes 21-1 to disapprove Avastin for breast cancer treatment but the committee's vote is non-binding and the FDA concludes that the use of Avastin does not significantly extend the lives of breast cancer patients, and has little effect on tumors.

December 2010: FDA announces that Avastin will soon lose its approval for the treatment of breast cancer in the US.

January 2011: The Journal of Clinical Oncology finds that Avastin breast cancer patients faced an increased risk of heart failure. Researchers from the Dana-Farber Cancer Institute in Boston said that patients in the study often started out with healthy hearts before being given Avastin.

If you or a loved one has suffered illness or death resulting from the use of this product, please click the link below and your complaint will be sent to a lawyer who may evaluate your claim at no cost or obligation.
Please click here for a free evaluation of your Avastin claim
Last updated on Mar-23-11

The FDA has denied Roche, the manufacturer of Avastin, to use its top selling-cancer drug as a treatment for breast cancer therapy. The decision has ended a year-long battle between Roche, the FDA and health professionals, who argued whether Avastin’s benefits outweighed the risks.READ MORE
FDA Expert Panel Brings Hammer Down on Avastin

In a unanimous vote late yesterday, an expert panel under the auspices of the US Food and Drug Administration (FDA) rejected a plea by pharmaceutical manufacturer Genentech to abandon the agency's intent to revoke approval of Avastin for breast cancer treatment.READ MORE
FDA Pulls Breast Cancer Indication for Avastin

An FDA panel reviewing the efficacy of Roche’s blockbuster cancer drug Avastin in metastatic HER2 negative breast cancer has ruled to pull the indication. The vote took place Wednesday with the Advisory panel made up of cancer specialists voting unanimously to pull the indication. The panel voted three times, and each time the vote was unanimous, ruling that the data on Avastin in this particular group of breast cancer patients is not effective, and not necessarily safe, and therefore should not be approved for treatment.READ MORE

Posted by
Celia VanNess
on December 12, 2017
my husband suffered horribly and died at the age of 55. even after genentech telling me he had two of their extremely, extremely rare side effects. genentech does not care; from what i have been told they have too much money for anyone to fight them. he was given avastin while taking zeloda, i am told that is even worse, thankyou for letting me share.
Posted by
North Carolina
on January 19, 2015
My late wife was given just one dose of Avastin on Sept. 11, 2006. This shut down her kidneys and five days later, she went into a seizure. For the next five months, she could NOT receive any chemo until her kidneys functioned again. By then the cancer spread. She died later in May of 2008.

Posted by
New York
on January 5, 2012
I believe I and my family were deprived of the opportunity to spend precious time with my father. I believe my father suffered unnecessarily from Avastin side effects. My father developed a perforated intestine and peritonitis which led to his premature death.
Posted by
Maryland
on February 15, 2011
My mother was being given Avastin along with chemotherapy, and suffered from:
-Blood Clots and Strokes.
-Chest Pains.
-Holes in her stomach.
-And she died of a massive heart attack.
And thanks to Genentech she left her three children and husband much sooner than she should have.