Union Carbide is seeking to have a $322 million asbestosis compensation verdict thrown out after the judge in the case allegedly failed to disclose the fact that his father had previously filed asbestos claims. 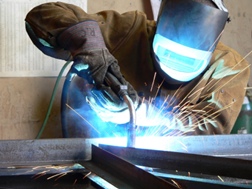 The Jackson Clarion-Ledger reports that the award, which was given to Thomas "Tony" Brown Jr., was the largest individual asbestos verdict in US history. The asbestos lawsuit had been filed against Chevron Phillips Chemical Co. and Union Carbide Corp., the news source said.

However, Union Carbide recently filed a motion challenging the verdict based on the judge's family history involving asbestos litigation.

"Indeed, because the court did not reveal any individual or familial connection to asbestos litigation prior to trial required by judicial canons, it did not occur to Union Carbide Corp. that the existence of such a blatant conflict of interest was even possible in this case," an attorney for the company said in the motion.

Additionally, the company said that Circuit Judge Eddie Bowen's bias in favor of the plaintiff was clear during the trial and particularly visible during his ruling and comments made to the jury, according to the news source.

After the judge allegedly made comments during the trial regarding his father potentially being exposed to asbestos while working as a shipbuilder, attorneys for Union Carbide reportedly found that the father had, indeed, filed two separate asbestos lawsuits in Jackson County during the late 1980s and early 1990s.

The motion filed by Union Carbide contends that the allegations in the judge's father's cases were similar to those in the asbestosis case filed by Brown.

However, an asbestos attorney for Brown responded to the motion by saying that the companies should have sought the removal of Bowen from the case before the trial, not after the judgment had been handed down, according to the news source.

More ASBESTOSIS News
Asbestosis claims are not limited to Jackson County, Mississippi, however, as a UK woman whose father allegedly passed away due to the illness is seeking assistance from the man's former shipyard colleagues.

According to the Evening Chronicle, Alan Reid worked at the Swan Hunter shipyard for 19 years, but ultimately succumbed to asbestosis last year. His daughter, Debra, is now seeking the assistance of an asbestos attorney to help pinpoint the root of her father's asbestos exposure, which she believes occurred while he worked in the shipyard.

"As a welder he would regularly get flashes in his eyes and had scars on his face where he had been hit by small pieces of hot metal or sparks," she said. "It's sad that the apparently most dangerous aspect of his job wasn't what killed him—he was an expert welder but could do nothing about the asbestos dust we believe surrounded him."

If you or a loved one have suffered losses in this case, please click the link below and your complaint will be sent to a workers compensation lawyer who may evaluate your Asbestosis claim at no cost or obligation.
Request Legal Help Now