The Ebb and Flow of Asbestosis Lawsuits

Things appear to be very active on the asbestosis lawsuit front, with various actions in the pipeline. Plaintiffs allege grievous injury or death, while defendants claim they should be free from liability. Caught in the crosshairs is a substance that was banned from use in new products decades ago, but continues to make an appearance both in the nation's courts and in the lives of those affected. 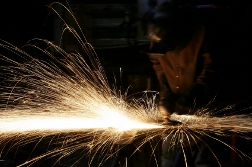 One of the more recent asbestosis compensation claims was filed in late June by the widow of a Chevron USA worker who developed asbestosis disease and passed away on December 18th of last year.

The asbestosis lawsuit, filed by Camelia Esbry and her children with the help of an asbestosis lawyer on June 29th, alleges that Louis Esbry suffered asbestosis exposure while performing his duties at Chevron USA. The nature of Esbry's specific job was not included in the outline of the lawsuit by the Southeast Texas Record (7/5/12). Nonetheless, the plaintiffs allege that Chevron knew for decades about the dangers surrounding asbestos, while failing to warn its workers.

The asbestosis claim, Case No. B192-630, was filed in Jefferson County District Court and assigned to Judge Gary Sanderson, 60th District Court.

Meanwhile, a couple of recent asbestosis rulings in California are demonstrative of just how active this portfolio continues to be, in spite of exposure to asbestos that may have occurred decades ago.

On May 22, Division Two of the Second District affirmed summary judgment for the manufacturer of a brake-grinding machine in Barker v. Hennessy Industries Inc. (No. B232316). The Court held that Hennessy was not required to warn about the hazards of asbestos even in light of the possibility that its machines would be used in conjunction with asbestos-containing products, like brakes.

More ASBESTOSIS News
And yet, the foregoing flies in the face of an earlier ruling by the First District Court of Appeal, which ruled 3-0 to overturn a prior ruling that dismissed four lawsuits on grounds—akin to the above-noted Second District court decision—that the machine manufacturer was not liable over the potential for asbestosis disease.

The First District Court revived the lawsuits. According to the San Francisco Chronicle (5/8/12), the Court found that given the sole purpose of the Hennessy machines was to grind brake linings, it would be inevitable the machines would play a role in the potential release of asbestos fibers and the risk for asbestosis pleural plaques.

"When used as designed and intended, Hennessy's machines caused the release of the toxic agent," said Presiding Justice Barbara Jones. The Chronicle also reported that yet another panel of the appeals court reached a similar conclusion in five consolidated cases earlier this year.

Posted by
Sandra Partin
on August 6, 2012
My husband died of lung cancer in 2003 approx 3 yrs. after diagnosis. He was never a smoker. However, he worked 8-10 hr. work days/6 days a week, waterproofing foundations of homes & buildings. He was self employed. He applied a hot emolsified asphalt, under pressure on to concrete foundation walls. We have been informed that the properties in the emolsified asphalt contain or actually are a form of asbestosis. We would like to look into this, as it might possibility, have been a big contributor to him gettting small cell cancer tumor? He purchased this asphalt from Koch Co. plant in Atlanta area. He was 66 yrs. at time of his surgery. About the time most men are retiring.Well, he didn't get the chance to enjoy any retirement &/or celebrate two grand-daughters weddings & later, the birth of two Great Grand daughters. He died 23 days before celebrating our 46th Anniversary. And was sooo proud our 50th was only 4 yrs. away!... His family certainly deserves something for watching their beloved one suffering & his life being cut too short! Gone to soon, missing HIM greatly! Could have been here to play w/2 yr. & 3 yr. old great grand-daughters! They are cute cousins & know who "Papaw" is in all the pictures. He'd be so proud!

Click to learn more about LawyersandSettlements.com
LawyersandSettlements.com is an online news and information site for the general public and legal community. As a legal news resource, we have emerged as an independent & trusted voice. We provide detailed and quality information on various lawsuits filed including Personal Injury Cases, Employment Law Cases, and Environment Cases.