It is hard to think of anything that could make cigarettes more dangerous, but back in the 1950s, certain cigarettes actually contained asbestos in their filters. Those asbestos-containing cigarettes have led to lawsuits alleging mesothelioma and asbestosis disease, either on the part of people who smoked the cigarettes or those who worked in the factory that supplied the filters. Other lawsuits alleging exposure to asbestos fibers resulting in asbestosis lung disease are still pending. 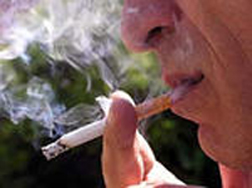 According to Daily Business Review (9/19/13), Richard Delisle was diagnosed with mesothelioma, a fatal condition linked to asbestos exposure, in 2012. He alleges that his smoking of Kent cigarettes, which reportedly used a filter that contained asbestos, contributed to his developing mesothelioma. Also included as defendants in the trial were a paper mill company where Delisle was employed and the manufacturer of the filters used in the Kent cigarettes.

A jury found the cigarette maker, Lorillard, and the maker of the filters each 22 percent responsible for Delisle’s condition, with another 16 percent fault given to the paper company. The final 40 percent was against other defendants. In all, the jury awarded Delisle $8 million, with Lorillard paying $3.52 million as a result of an indemnity agreement between Lorillard and the maker of the filter manufacturer.

Companies have been accused of downplaying the risks associated with asbestos exposure and not adequately protecting employees. But when it comes to the Kent cigarettes, the company allegedly claimed that its special Micronite Filters made cigarette smoking safer, according to an article by FairWarning (10/22/13).

More ASBESTOSIS News
Asbestos, one of the fibers used in the filter, has been linked to mesothelioma and asbestosis, rare but fatal lung diseases that often show up decades after exposure to the carcinogen. Lawsuits have been filed against a variety of companies in diverse industries, alleging employees and their family members were exposed to asbestos without being warned about the risks or provided proper safety gear.

In one lawsuit filed in Alabama, a retired machinist was awarded $100,000 after alleging he developed asbestosis during his employment, The Gadsden Times reports (10/9/13). The man’s employer was found negligent in its conduct. An attorney for the plaintiff alleged his employer knew about the dangers associated with asbestos in 1970, but did not warn employees for 13 years.