Death Rates for Asbestosis and Mesothelioma Higher in Charleston

It’s been some 20 years since the naval shipyard at Charleston, in South Carolina, closed for good. And while there were thousands of lost jobs in connection with the closure, the Post & Courier (3/17/16) reports that some have lost more than their jobs in association with a facility that served as an employment hub for Charleston for some 95 years. To that end, the death rate in the region for asbestosis, asbestos cancer and asbestos mesothelioma is double the state rate and even higher than the national average. Little wonder that many families turn to an asbestos lawsuit for compensation. 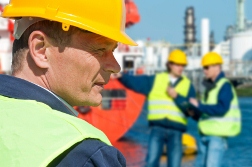 The Post & Courier makes the point that workers actively working with asbestos - a common material for insulation - toiled largely without protection until the early 1980s, when the dangers associated with asbestos started coming to the fore of public consciousness (even though there is documentation that suggests asbestos was suspected as a carcinogen as far back as the early 1900s).

By then it would have been too late for many of the workers, many of whom are just now grappling with the horrific effects of asbestosis and Mesothelioma - the latter a condition stemming from exposure to asbestos dust that affects the lining around the lungs and other vital organs.

Mesothelioma can take upwards of 30 years to take hold. Employers detecting no outward signs of illness often kept workers on the job and thought little of any risks associated with exposure, not realizing that it may have already been too late.

While laws passed in 2006 in the South Carolina state legislature improved the litigation environment for litigants and helped speed up the process (an important consideration for plaintiffs suffering from asbestos cancer, given the dire prognosis…), it remains a reality that many plaintiffs perish before their lawsuits have the opportunity to get through the pipeline. In South Carolina, according to the Post & Courier, Mesothelioma and asbestosis cases are heard by just one circuit court judge across four terms in a year.

More ASBESTOS MESOTHELIOMA News
This means it could take anywhere from one to three years for a case to reach the jury. Plaintiffs, on the other hand, having been diagnosed with mesothelioma, have basically a year to live. Pundits have maintained that having a plaintiff succumb to asbestos cancer before a case reaches its conclusion carries the risk of weakening the outcome. Defendants, as one might expect, attempt to drag a case out as long as possible in order to achieve that circumstance.

All the more reason for a victim of asbestos mesothelioma to get started on asbestos claims as soon as possible, in order to have the best chance at reaching a conclusion and achieving some form of justice before succumbing to injuries a defendant could have prevented, but due to either ignorance or callousness, chose not to…