A Curious State of Asbestos Affairs in the State of Illinois

A rather interesting state of affairs is brewing in the state of Illinois with regard to limitations on legal action surrounding asbestos mesothelioma. To wit, the highest court in the state has ruled that a pair of existing state laws effectively bars plaintiffs from bringing an Asbestos lawsuit for injuries that are more than 25 years old. 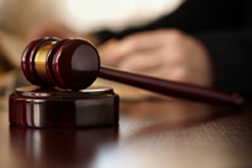 What makes this curious is the well-known latency period inherent with asbestos disease, asbestosis and Mesothelioma. It can take upwards of 30 years for asbestos cancer to emerge and a diagnosis to be formulated. A plaintiff may not even suspect exposure to asbestos until the cancer emerges from its lair as a sleeping giant ready to pounce on its unsuspecting prey.

By that time, according to the Illinois Supreme Court, a plaintiff could already be five years beyond the limit so identified.

The two laws in question are reported to be the Illinois Workers’ Compensation Act (WCA) and Workers’ Occupational Diseases Act (WODA). Both, it has been reported, effectively bar the possibility of bringing legal action against an employer over exposure that may have occurred 25 years or more prior to a diagnosis of asbestos cancer.

The court was ruling on a dispute brought by James and Ellen Folta. James Folta, according to court records, was employed at Ferro Engineering from 1966 until about 1970 as a quality control specialist. He was diagnosed with asbestos mesothelioma in 2011, and links his diagnosis to inhaling asbestos fibers while on the job for Ferro up until 1970.

Those dates combine to put Folta in opposition with the limitations required under the two aforementioned acts. An earlier decision by a trial court saw Folta’s case dismissed. On appeal, an appellate court revived the case in June of last year, finding that the plaintiffs would be qualified to move forward with their Asbestos lawsuit under more common provisions of law, given that the Foltas were prevented from recovering damages under the WCA and WODA.

More ASBESTOS MESOTHELIOMA News
In its majority opinion released last month and authored by Justice Mary Jane Theiss, the state Supreme Court opined: “We are cognizant of the harsh result in this case,” the court said in its majority opinion. “Nevertheless, ultimately, whether a different balance should be struck under the acts given the nature of the injury and the current medical knowledge about asbestos exposure is a question more appropriately addressed to the legislature.

“The fact that Folta was not at fault for failing to file a claim sooner due to the nature of the disease is not a consideration that is relevant to a statute of repose.”

The two dissenting opinions rising out of the 4-2 majority decision stressed that since the injury was not eligible for asbestos compensation under the WCA and WODA due to the statute of repose, the Asbestos lawsuit should be allowed to move forward under other rules and theories of law.

The dissenters were voted down.