It’s been some time since we’ve heard about an Asbestos lawsuit from smoking. Nonetheless, a recent jury award to a plaintiff who claims to have smoked a particular brand of cigarettes from 1952 to 1956 burdened the Lorillard Tobacco Company with a major portion of fault. 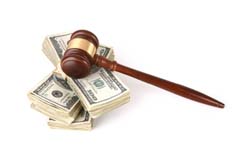 The plaintiff was awarded a total of $8 million.

Lorillard was the manufacturer of Kent brand cigarettes. While there have been prior lawsuits centered on the addictive qualities of cigarettes, this most recent lawsuit is unique in that addiction was never a factor. Rather, from 1952 to 1956, it was alleged that Lorillard manufactured a version of its Kent brand with filters containing asbestos fibers.

Plaintiff Richard Delisle of Leesburg claimed that the Kent brand of cigarettes he smoked as a teenager in the early-to-mid 1950s contributed to a July 2012 diagnosis of asbestos mesothelioma.

Most asbestos claims revolve around industrial settings, and the Delisle case was no different in that the plaintiff also worked for a Massachusetts-based paper mill in the early 1960s as a pipe fitter. The gaskets he handled as part of his job were alleged to contain asbestos.

However, an asbestos finding against a tobacco company is considered rare. In this case, according to court records, Lorillard was assessed 22 percent of the burden of fault. The manufacturer of the asbestosis-causing filter, Hollingsworth & Vose Company, was similarly assessed fault at 22 percent. However, Hollingsworth & Vose escaped the burden to fund that liability by way of a joint venture indemnity agreement between the filter manufacturer and Lorillard that ultimately shifted the liability to Lorillard, resulting in a combined burden of fault at 44 percent, or $3.52 million, for the tobacco company.

The award has been described as the largest award against a tobacco company and cigarette manufacturer with regard to an asbestosis claim from smoking.

Crane Co., the paper mill at which Delisle worked as a pipe fitter, was assessed fault at 16 percent, with the remaining 40 percent assessed to various other defendants in the asbestos cancer case.

More ASBESTOS MESOTHELIOMA News
The plaintiff, who is now 74, was not assessed any fault in the case. Just a young man with a smoking habit akin to scores of smokers in an era where even medical doctors advocated for the pleasure. As for his time as a pipe fitter, the plaintiff would claim that he was not made aware of any health hazard related to potential asbestos injury.

Asbestos fibers are a known carcinogen, and are at their most dangerous when they are ingested into the lungs. There, they tend to lay dormant for decades, until Mesothelioma suddenly appears seemingly out of the blue. Mesothelioma, asbestosis and asbestos cancer are almost exclusively linked to exposure to asbestos fibers, often decades prior to a diagnosis.

The asbestosis compensation verdict was handed down by a jury in Broward County, Florida, last month. It is not known if the defendants plan to appeal the ruling.