When Asbestos is Disturbed, so are Human Lives

A group of 16 workers from Cayuga County filed suit against their employer over allegations of exposure to asbestos in the workplace. The suit alleges that day-to-day operations were allowed to continue in the Board of Elections Building while a boiler was being replaced in the basement, in February of last year.

The suit contends that asbestos disturbed, and consequently removed illegally by workers directly involved with the project provided a hazardous environment for the remainder of the people in the building, who claim to have been exposed to asbestos over a period beginning February 2006, and ending August 2006.

A carpenter involved in the project, John Chick, pled guilty earlier this year to a charge of violating the Clean Air Act for his role in the illegal removal of asbestos from the building basement. His sentence is pending in federal court. 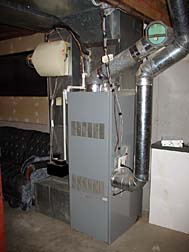 Asbestos is an inclusive term that represents a number of different carcinogenic fibers known to have a direct link to asbestosis and mesothelioma, a serious cancer. It is estimated that asbestos claims as many as 10,000 American lives each year. Asbestos-related diseases can incubate in the human body for years, sometimes decades, growing slowly and virtually undetected until it is too late.

Asbestos fibers have also been known to migrate via clothing and tools to workers homes, exposing entire families to the deadly carcinogen.

According to Auburn attorney Carl DePalma, the county is accused of gross negligence. Plaintiffs include Republican Election Commissioner Cherl Heary as well as deputy commissioners Thomas Prystal and Deborah Calarco.

The lawsuit argues that employees were denied their civil rights, not to mention a safe place to work, and blames the County for injuries and loss of quality of life for the plaintiffs, who seek actual and punitive damages as well as legal fees and costs.

Asbestos has been around for centuries, and was widely used throughout the industrialization and mass urbanization of the 20th century. While the first asbestos related death was recorded in the early 1900s, its widespread use in everything from pipe insulation, to ceiling tile, wallboard, vinyl floors and literally thousands of other uses went largely unchallenged until the 1970's when regulations governing its use were first brought in.

In later years, as lawsuits pushed asbestos onto the front pages, there has been a push to remove asbestos from buildings. However, the latter has resulted in a second wave of exposure: in the same way as workers manufacturing, and installing asbestos were exposed decades ago, workers exposed to asbestos during removal face similar risks, as asbestos poses the most risk when it is disturbed.

DePalma, the attorney representing the county building employees, has also filed a lawsuit on behalf of various members of the public who came into contact with disturbed asbestos during the boiler room renovation. Among the plaintiffs is a worker at the county landfill, who claims to have come into contact with asbestos when the material was transported to his work environment for disposal.

The suit was filed in Auburn, New York on November 3rd.