A Canadian First Nations family that has incredibly lost five of its members to asbestos poisoning, has now lost a sixth.

Rita Swain died earlier this week from mesothelioma, the Canadian Press reported. She was diagnosed three years ago with the asbestos-related disease, which affected the lining of her stomach. 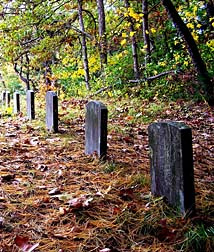 "The First Nations woman from Winnipeg, Manitoba has been leading a one-woman crusade to force the Canadian government to get Zonolite insulation out of the nation's homes. The pebble-like attic insulation made from vermiculite was tainted with asbestos when it was mined in Libby, Montana.

The mine closed in 1990, but the problems live on.

At one time the now-vilified Zonolite insulation was the darling of the Canadian government, which even provided grants through the Canadian Home Insulation Program, to encourage Canadian homeowners to install Zonolite in their homes. The grants were offered from 1977 through 1984, and it is estimated that 200,00 to 300,000 Canadians took the government up on its offer, and installed the now-lethal substance.

For ThunderSky and her family, however, the problems started long before that.

That's because the Canadian government installed the asbestos-tainted insulation in hundreds of First Nations homes in the 1950s. That's where ThunderSky believes she and her doomed family was first exposed to the deadly asbestos that has cost the Canadian woman six members of her immediate family.

Member of Parliament for Winnipeg Pat Martin has been pushing the Canadian government to get the insulation out of Canadian homes, even though industry advocates favor leaving the insulation undisturbed unless it is unavoidable to do so.

He told Canadian Press that he was saddened to hear the news of yet another death of ThunderSky's beleaguered family.

"I honestly don't think there has ever been a cluster of mesothelioma patients ever in the world like that," he said.

Mesothelioma and asbestos-related disease can lie dormant for decades before it emerges. To that end it is not uncommon for a worker in an asbestos-laden environment, or even a resident in a home outfitted with asbestos insulation, to go for 30 to 50 years before symptoms finally emerge. As ThunderSky and her family grew up in the same First Nations home located in Berens River Manitoba, she of course is blaming the Zonolite insulation, installed by the Canadian government, for her family's tragic and unparalleled demise.

Previous programs have been directed at removing Zonolite insulation from military bases, but no such program has ever been implemented, or even considered for First Nations dwellings.

For that matter a 2004 health alert issued by the Canadian government warned against the unnecessary disturbance of Zonolite insulation. Health Canada took the position that the insulation would not be harmful unless disturbed, providing the asbestos fibers a chance to migrate through the air. Given that insulation is only contained in walls and above ceilings in the attic, it is conceivable to expect the insulation would not prove harmful, as it should not be disturbed.

More News
However, that's not the case for many families who might take it upon themselves to renovate, or affect a roof repair from inside the attic. Some may even use the attic for storage. Without prior knowledge of the evils of Zonolite insulation, anyone conducting do-it-yourself repairs, or undertaking access to areas of the home not normally available would be exposing not only himself, but the remainder of the household to a dangerous fate.

Swain, the latest family member to die, was in her 50s and was exposed to the insulation as a child.

There is no word on whether or not ThunderSky is suing, or planning to sue the Canadian government over the Zonolite issue.

She would be forgiven for launching seven separate actions—one each for her family members now gone, and one for herself given her own battle with asbestosis in her lungs.

It is estimated there are upwards of 300,000 homes in Canada still containing the reviled Zonolite insulation.

Posted by
GM Brass
on October 31, 2011
Exposure to asbestos may not solely be due to zonolite insulation in reserve housing. There could be naturally occurring deposits of asbestos in the region. Also, if they any of these individuals attended an Indian Residential school then exposure could have occurred through this vector. A number of these schools used asbestos in their insulation. Other federal government constructed public buildings, i.e. nursing stations, could also be a source.