The Unraveling of a Drilling Mud Lawsuit

April 11 will mark the one-year anniversary of the drilling mud trial Thomas C. Brown Jr. v. Phillips 66 Company, et al. If the names don't spark recognition, the eventual amount of the jury award will: $322 million for plaintiff Brown, who alleged a diagnosis of asbestosis was triggered from his work as a mud engineer. 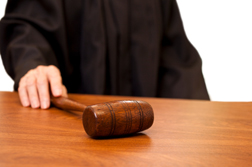 However, that drilling mud lawsuit was made moot when the award was tossed out in October. A new trial is set to begin next month to determine the outcome of allegations that asbestos drilling mud manufactured by the defendants served as the catalyst for a 48-year-old plaintiff's death sentence: there is no known cure for asbestos disease, and patients rarely survive.

The jury awarded Brown $300 million in punitive damages and $22 million in actual damages for a combined award that was hailed as the largest award from an asbestos lawsuit in history. The 12-member jury was carefully screened, as jurists are, to ensure there was no chance for bias.

In other words, any juror who disclosed they personally, or any immediate family member had been screened in connection with asbestos litigation, had filed an asbestos lawsuit, or had settled an asbestos case or claim was immediately excused.

Thus, there could be no bias inherent with the jury.

But no one thought to screen the judge.

In a sensational turn of events following the conclusion of the asbestos drilling mud trial and the awarding of $322 million (pending appeal), the presiding judge was removed from the case after the fact and the verdict vacated after it was found the original judge who oversaw the trial, unlike the jurors, had a potential for bias.

Defendant Union Carbide Corporation stated in its petition for recusal of the Honorable Eddie H. Bowen, that during the second week of trial Judge Bowen made one or more casual off-the-record remarks to individual attorneys with regard to the potential exposure of his father to asbestos while working at Ingalls Shipbuilding on the Gulf Coast of Mississippi.

Based on these remarks, counsel for the defendants investigated and found that Howard J. Bowen, Judge Bowen's father, had filed two asbestos personal injury lawsuits. Eddie H. Bowen, the plaintiff's son, was referenced as a practicing attorney at the time, although there was never any suggestion he was personally involved in his father's litigation.

Be that as it may, the Court's required stance against potential bias on the part of the jury was not exercised at the judicial level due to an apparent lack of information and alleged lack of disclosure on the part of the presiding judge.

More ASBESTOS DRILLING MUD News
That's when this drilling mud story got complicated. When Judge Bowen failed to respond to a request to vacate the verdict and recuse himself from the case, Union Carbide petitioned the Supreme Court to have the judge removed.

The request was granted, and a new judge vacated the verdict, setting the date for a new trial next month.

Meanwhile, the mud engineer at the center of the oil drilling mud story, Thomas Brown, waits it out. He was 48 at the time the award was originally handed down early in May of last year. Will he be met with an equally favorable verdict this time? And if so, how large? Pending an appeal by the defendants if a jury finds for the plaintiff, Brown will be made to wait for any compensation from his drilling mud lawsuit.

It has been reported he needs oxygen 24 hours a day, due to his drilling mud problem.