Many patients recovering from heart surgery and hip replacement surgery have an added hurdle: the risk of a life-threatening infection that may have stemmed from the Stockert 3T heater-cooler system during their operation. Even if they had surgery several years ago, there is reason to be concerned. 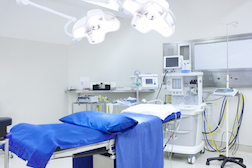 Last week the Los Angeles Times reported that three heart surgery patients—and a fourth being investigated-- are infected with Mycobacterium chimaera , a deadly bacteria that is slow-growing, difficult to diagnose and can take several years to manifest any symptoms. Those three patients diagnosed with nontuberculous mycobacteria (NTM) had the Stockert 3T device in the OR during surgery.

To date heart surgeries have been associated with dozens of NTM infections nationwide and possibly thousands worldwide, but officials are still saying that the risk of getting an infection is rare: between 1 in 100 and 1 in 1,000. Still, that isn’t reassuring to patients like 55-year-old Darcy. He had heart bypass surgery and five months later an emergency open-heart surgery due to tissue failure around the sutures.

“Doctors haven’t determined the cause of the tissue failure but my surgeon thinks the Stockert 3T could have something to do with it,” says Darcy, who is scheduled for yet another procedure in a few months. He’s hoping the Stockert 3T by that time will be replaced by another heater-cooler device, but he’s not counting on it. The Stockert is used in 60 percent of open-heart bypass procedures in the US, and believed to be contaminated when they were manufactured.

Ron had open-heart surgery in 2013 and last year received a letter that provided information about the device and the risk of infection. “I had a staph infection in the wound immediately after the surgery which was treated with antibiotics and three additional surgeries,’ he says. Although the Stockert has only been linked to NTM disease, Ron is concerned that the bacteria is “lurking about somewhere”.

More STOCKERT 3T News
Although warning letters from hospitals are meant to inform, they also confuse. “A few weeks ago I received a vague letter from the hospital advising I may have been exposed to contamination,” says Connie, who had heart surgery three years ago. “I called the hospital to find out how to get tested but no one has a clue. What are we supposed to do—wait until we get sick? Please help!”

Some hospitals have now replaced the Stockert device with heater-coolers manufactured by other companies, and health officials have advised those continuing to use the device to inform patients before their surgery that they are using a device linked to infections. So do patients have a choice—whether or not to use the Stockert 3T? Is there an alternative? At this point, there doesn’t appear to be an option. Perhaps legal advice?