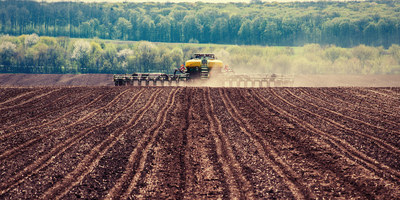 The so-called Daubert Standard grew out of three cases tried by the US Supreme Court and is centered on Daubert v. Merrell Dow Pharmaceuticals from 1993. In a motion filed with the US District Court for the Northern District of California October 6, Monsanto contends that expert testimony proposed by six experts provided by the plaintiffs fails to satisfy the Daubert Standard and thus, should be inadmissible.

Assuming the expert testimony is, indeed inadmissible Monsanto maintains that plaintiffs would then have no grounds upon which to base their claims that glyphosate, the active ingredient in Roundup, causes cancer. Without grounds to proceed, the defendant urged the Court to dismiss the Monsanto causes cancer lawsuits currently housed in multidistrict litigation in northern California.

Roundup is the most widely-used weed killer in the world. However, plaintiffs maintain that exposure to glyphosate is linked to non-Hodgkin’s lymphoma (NHL), described as a group of blood cancers that combine to form NHL and is widely known as the seventh most-common form of cancer.

However, according to Law360 (10/10/17), Monsanto argued that experts proposed by the plaintiffs used results-driven methods to produce evidence which had not been published or peer-reviewed linking the Roundup ingredient glyphosate to non-Hodgkin’s lymphoma.

“In this case, plaintiffs’ expert witnesses present speculation and self-selected bits of data, offer subjective opinions, and selectively parrot third-party ‘conclusions’ in a transparent effort to side-step their obligations to demonstrate reliable methodologies of their own,” Monsanto said, in comments published in Law360.

“Plaintiffs’ experts’ opinions stand in stark contrast to decisions repeatedly and consistently reached over a period of 40 years by regulatory agencies worldwide — including the United States Environmental Protection Agency ('EPA') and those similarly tasked with human health and environmental protection in Canada, Australia, New Zealand, Korea, Japan, and the European Union,” the company added, moving for summary judgement.

It should be noted that on October 19 the European Union’s Environment and Public Health Committee (EPHC) announced a recommendation to ban Monsanto Roundup containing glyphosate. According to the official press release the vote supporting the ban was 39 to 9, with 10 abstentions. The recommendation includes an immediate effort to begin drawing up strategies to undertake the removal of Roundup from the European market, with a full ban in place by December 15 of 2020 – almost three years from now.

The vote comes ahead of the expiration of a 10-year license held by Monsanto, allowing for the use of glyphosate in the European Union. The current license expires at the end of this year. The EPHC opposes any effort to renew that license.

More MONSANTO ROUNDUP News
“The Environment and Public Health Committee opposes the European Commission’s proposal to renew the controversial herbicide license for 10 years,” the committee’s press release states. “Instead MEPs say the EU should draw up plans for a phase-out of the substance, starting with a complete ban on household use and a ban in use for farming when biological alternatives (i.e. ‘integrated pest management systems’) work well for weed control.” MEPs are identified as Members of the European Parliament.

Meanwhile, back in California an attorney for the plaintiffs told Law360 that he remains confident in the proposed expert testimony, and predicted the defendant’s petition for summary judgement would fail.

Monsanto Roundup lawsuits are consolidated in multi district litigation in US District Court for the Northern District of California (is In re: Roundup Products Liability Litigation, Case No. 3:16-md-02741).