Monsanto to Merge with Bayer, While Still Facing Hurdles

Various issues that have come to the fore in recent months appear to be taking some of the focus away from Monsanto Roundup lawsuits for the time being, although the respite is likely only to be temporary. Indeed, increased crosstalk focused on the pending merger between Monsanto and Bayer AG of Germany and recent lawsuits against Monsanto over employment practices does not venture far from concerns over glyphosate and continuing fears over associations with cancer. 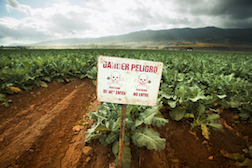 The St. Louis Post-Dispatch (08/07/17) reminds us that there have long since been suspicions and allegations of potential for carcinogens associated with glyphosate, the active ingredient of Roundup, and suspicion for cancer.

And yet, the jury remains out as to a causal association. According to The National Pesticide Information Center, a cooperative between Oregon State University and the US Environmental Protection Agency (EPA), studies have shown conflicting results on whether products containing glyphosate are associated with cancer. Some have associated use of glyphosate with non-Hodgkin's lymphoma. Monsanto has argued glyphosate is not a carcinogen.

An offshoot of the World Health Organization had previously issued an edict that glyphosate is a probable carcinogen, and a risk to humans through use of Roundup on crops, as well as in consumer products such as weed killer. The EPA had also previously expressed concern over the issue and had announced the intent to investigate further. However, it is alleged that an internal operative within the EPA sympathetic to Monsanto succeeded in squashing the report, and it was never released.

Monsanto is poised to increase its size and breadth with an announced merger with Bayer, according to the Post-Dispatch. The merger is said to help Monsanto increase its market share in India, one of the largest markets in the world with some 1.3 billion people. The merger is described, according to the Post-Dispatch, as approaching $66 billion in combined net worth.

There is little doubt that Monsanto produces a product in Roundup that is effective in helping preserve the integrity of crops and thus, the financial viability of the landowner. And while there are those who assert Roundup is a carcinogen dangerous to humans, there remains an equal amount of research that questions the carcinogenic risk of glyphosate. Thus Monsanto is bullish about protecting a brand that reaches far across the globe and is poised to become a benchmark product for the coming Monsanto-Bayer merger.

Meanwhile, Monsanto has another problem on its hands. According to The Midwest Center for Investigative Reporting (07/02/2017) two migrant farmworkers have filed a federal class action lawsuit against Monsanto, alleging that the company violated the Fair Labor Standards Act and the Agricultural Workers Protection Act while the workers were employed in fields where Monsanto grows corn to produce its hybrid seeds.

“The lawsuit, which is believed to be the first of its kind, alleges that Monsanto violated the acts by failing to pay its workers the minimum wage and failing to pay its workers when compensation was due. It also alleges that Monsanto misrepresented the way the employees would be paid and failed to keep adequate payroll records,” writes The Midwest Center for Investigative Reporting, with regard to the lawsuit.

More MONSANTO ROUNDUP News
Plaintiffs in the lawsuit assert that Monsanto hired contractors to hire, and pay workers that the contractors later shorted on pay and other benefits. There were also allegations that contractors requiring registration as qualified contractors were unable to produce the required registration documents.

“I’m not aware of any other multi-state class action against Monsanto over its labor practices in production of seed corn,” said Teresa Hendricks, co-counsel for the plaintiffs and director of the Michigan Migrant Legal Assistance Project. She estimated potential damages at $2 million. “Potentially, it could be the highest amount of damages of this type of suit.”

The Monsanto lawsuit is Roberto Perez-Perez and Armando Neives v. Monsanto Company, Case No. 3:17-cv-50188 filed June 29th, 2017 in The US District Court for the Northern District of Illinois, Western Division.