Monsanto has been trying very hard to keep the primary ingredient in Monsanto Roundup off a list of cancer-causing chemicals maintained by the state of California. Monsanto maintains that glyphosate, the key ingredient to its popular weed killer, is perfectly safe and does not cause cancer, a fact disputed by the International Agency for Research on Cancer. However, Monsanto Roundup causes cancer will indeed, migrate to a list maintained by the Office of Environmental Health Hazard Assessment after the California Supreme Court upheld a lower court ruling. 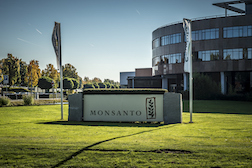 According to court documents, Monsanto’s original appeal is still pending in California’s Fifth District Court of Appeal. However, what Monsanto sought more recently was a stay, or delay in the ruling that allowed for Roundup to be on the carcinogenic chemicals list, until the appeal to the Fifth Circuit was completely sorted out.

A lower court opined there was no need to wait for the appeal, and the Supreme Court in the state upheld that ruling. Roundup will now see inclusion to a list of chemicals determined, or suspected by the state to be cancer-causing agents, per a ballot initiative called Proposition 65, a statute under the watchful eye of the Office of Environmental Health Hazard Assessment.

Roundup has been variously targeted as a probable cause of cancer, although there are just as many studies which suggest that it does not, or at the very least suggest the evidence is inconclusive. What made the picture murkier was the assertion, made in private emails by a former operative within the federal Environmental Protection Agency (EPA), that a forthcoming report from the World Health Organization deemed unflattering to Monsanto would be managed from inside the EPA – and that further efforts to undertake deeper studies into the carcinogenic potential of Roundup by the EPA would not happen, or ever be released.

There is nonetheless sufficient evidence as to the potential for Monsanto Roundup causing cancer for the keepers of state Proposition 65 to consider the herbicide for inclusion on its list of chemicals known to cause cancer, or birth defects, or other reproductive harms.

More MONSANTO ROUNDUP News
That proposition was approved in 1986 and grew from a state ballot initiative requiring the state of California to publish, and to maintain such a list. To that end, Proposition 65 requires the state to include any chemical the state feels has the reasonable potential to be carcinogenic.

Monsanto, in attempting to protect a hugely popular brand and a mainstay in agriculture the world over, launched a Monsanto Roundup lawsuit in an attempt to keep Roundup off that list (Monsanto Co. v. Office of Environmental Health Hazard Assessment et al., Case No. S242595, in the California Supreme Court).

So far, their efforts have not been successful. In the meantime, the company is facing a myriad of Roundup lawsuits claiming that Roundup does, indeed carry the potential for cancer in humans.

Posted by
Harold W Arnold
on July 17, 2017
If Round up causes cancer, why aren't the rest of the states prohibiting it?