Plaintiffs in Monsanto Roundup lawsuits consolidated in Northern California are looking to get their hands on tissue specimens from the 1980s in an effort to further support their claim that the primary ingredient in the popular herbicide used the world over, is capable of causing cancer in humans. 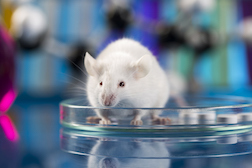 The Monsanto lawsuits exist against a backdrop of various allegations concerning backroom maneuvering within US government agencies and one individual in particular – now retired – who appeared to be sensitive to Monsanto’s cause and is alleged to have worked behind the scenes to quash further investigations into the herbicide.

At the center of Monsanto litigation is whether, or not glyphosate – the active herbicide in Roundup – causes cancer in humans. Various studies have determined that it doesn’t. However the World Health Organization recently released an opinion that glyphosate, indeed, may very well be carcinogenic.

Both sides have a compelling argument in the Monsanto lawsuits.

In Monsanto’s case, previous studies involving mice appeared to show that Roundup was safe for humans, and only affected the crop-hungry pests it was designed to repel. Those findings, according to court documents, were confirmed by experimental pathologists independent of Monsanto. Tumors found in the kidney tissue of mice were deemed to be rare, and not related to exposure to glyphosate.

The Environmental Protection Agency did its own review in 1986 and supported the findings, noting that glyphosate ‘isn’t likely’ to trigger cancer in humans.

However, plaintiffs in Roundup lawsuits note a different study that shows a connection between glyphosate and cancer in humans – and have asked to see more than 1,000 slides containing kidney tissue from the original mice studied, a request against which Monsanto has balked.

“Plaintiffs’ speculation that additional review might yield materially different interpretations than the prior reviews is therefore baseless and does not justify the disruption and burden imposed by their gamesmanship,” Monsanto said, in court documents, adding that it also questions the timing of the request. The defendants hold that plaintiffs knew about the tissue slides as early as July, 2015 and should have made such a request well before this spring. Monsanto is concerned the request could delay the litigation further.

However, the plaintiffs are undaunted, noting their request was delivered well within the time limits for discovery. The plaintiffs also hold that advances in technology, together with changes in tumor classification that have come to the fore since the original samples were studied and classified in the 1980s, carries the potential for a different result.

More MONSANTO ROUNDUP News
This past March, the European Chemicals Agency released guidance that suggests the active ingredient in Roundup – glyphosate – does not cause cancer in humans.

However in 2015 the International Agency for Research on Cancer, an agency associated with the World Health Organization, released a classification for glyphosate as “probably carcinogenic to humans.”

Last September the California Environmental Protection Agency announced that it would officially list glyphosate as a known carcinogen as part of California’s Safe Drinking Water and Toxic Enforcement Act (1986). Monsanto sued the state, but the lawsuit was tossed.

The Monsanto causes cancer lawsuit brought by consumers is In re: Roundup Products Liability Litigation, Case No. 3:16-md-02741, in the US District Court for the Northern District of California.