When evidence was ordered unsealed last month in the multidistrict litigation that houses Monsanto Roundup lawsuits, the resulting revelations read like a movie plot with allegations of corruption, suppressed data, ghostwritten articles of support, and a toxicological profile of Roundup’s active ingredient that was announced for publication by a federal government agency, only to never appear. 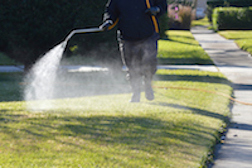 Roundup is the marquee product of Monsanto. The weed killer is used in home gardens and row crops alike, and is the most widely-used product of its kind in the world. However, according to The New York Times (03/14/17) research to determine the safety or lack thereof of Roundup was funded by the pesticide industry. And there has been increasing concerns over the safety of glyphosate, the active ingredient that is a suspected carcinogen.

Lawsuits asserting that Monsanto Roundup causes cancer are so numerous that lawsuits have been consolidated in multidistrict litigation (In re: Roundup Products Liability Litigation, MDL 2741, US District Court, Northern District of California, San Francisco). Plaintiffs assert their diagnoses of non-Hodgkin’s lymphoma is due to their exposure to glyphosate – this, after the International Agency for Research on Cancer, an offshoot of the World Health Organization (WHO), made a determination that glyphosate is linked to non-Hodgkin’s lymphoma.

The WHO has its detractors: for example the European Food Safety Agency and the US-based Environmental Protection Agency (EPA) have not aligned with the WHO on the issue of Monsanto Roundup causing cancer and – specifically – glyphosate. Those two agencies have played down the WHO concerns over cancer risk, while Monsanto continues to defend glyphosate.

And yet, according to court documents unsealed by US District Judge Vince Chhabria, there wasn’t unanimous agreement within the EPA about glyphosate. The New York Times reports that the Office of Research and Development – on office within the EPA – had some concerns with the level of ‘robustness’ reflected in an assessment undertaken by the EPA’s Office of Pesticide Programs. It was recommended, in December 2015, that steps be taken to “strengthen” the “human health assessment” with regard to glyphosate.

But it’s unclear if that happened. What is known is that the Agency for Toxic Substances and Disease Registry (ATSDR) intended to investigate the suspected carcinogenic properties of glyphosate, announcing in the Federal Register in February, 2015 that the ATSDR would publish a toxicological profile of glyphosate by October of that year.

But no profile was ever published.

However, plaintiffs and their attorneys pursuing Monsanto lawsuits will note that documents unsealed in the MDL last month show that a proponent of the EPA appeared to be sympathetic to Monsanto. Jess Rowland, a former Deputy Division Director of the EPA, is alleged to have tipped off Monsanto ahead of time about the impending report from the World Health Organization.

Rowland, now retired, is identified by The New York Times as holding a senior position with the EPA’s Office of Pesticide Programs, the office which produced the lukewarm report about glyphosate that the Office of Research and Development sought to have strengthened.

It was also revealed, within the Monsanto email traffic unsealed last month, that Rowland had promised Monsanto he would attempt to quash a planned review of glyphosate by the Department of Health and Human Services.

At the time, a Monsanto executive noted in an email that Rowland, the EPA official, had told him “If I can kill this, I should get a medal.”

More MONSANTO ROUNDUP News
It was also revealed in unsealed documents related to the Roundup lawsuits that Monsanto advocated the ghostwriting of scientific reports and papers, then recruit academics who agreed to affix their signatures to them. The Monsanto operative suggested the strategy had been done in at least one previous instance, and that in so doing Monsanto could keep the costs down.

In a later statement, Monsanto denied any such activity, noting that all published papers would be vetted through a rigorous peer review process by the publishing journal before appearing.

Monsanto, in deference to Monsanto lawsuits, continues to stand by its product as safe.

“Glyphosate is not a carcinogen,” Monsanto said in a statement.

“The allegation that glyphosate can cause cancer in humans is inconsistent with decades of comprehensive safety reviews by the leading regulatory authorities around the world. The plaintiffs have submitted isolated documents that are taken out of context.”

Posted by
monica chandler
on April 30, 2017
l have stage 2# cancer, 26 lymph nodes removed.l have used product on my lawn.
Posted by
Rory
on April 19, 2017
Hard to read all this about roundup. As a Gardner/ landscaper i have been using this product for 25 years now.i use it every day in my line of work. Spraying in clients yards with pets and children. And not just to harm them but it could be harming me.
Posted by
allan stanton
on April 17, 2017
Roundup/Glyphosate is found inside the corn kernel we eat in 99.89 % of all foods made with corn.
Posted by
jojo
on April 17, 2017
President Obama signed an agreement with Monsanto; this disgusts me and should the entire USA. Roundup/Glyphosate is a cancer causing agent. I pray for all of us who may be in contact with any of their products.
Posted by
Carol Dutra
on April 8, 2017
To let you know, the 'Europen Food Safety Agency' (EFSA) and the 'German Federal Institute for Risk Assessment' (BfR) received their information on Roundup/Glyphosate directly from the 'Glyphosate Task Force' (GTF), whose members include Monsanto and Syngenta and other agrochemical corporations. EFSA describes this process of getting information on chemicals from the chemical manufacturers as standard procedure. GTF says that the agrochemical company supplies the scientific information to the Member state (Germany and Croatia in this case), whose report then goes to EFSA to make a final evaluation. In other words, Monsanto wrote the document for EFSA that says that Roundup/Glyphosate did not cause cancer. That is a lot like the 'fox guarding the chicken coop'. We know differently. Roundup/Glyphosate is toxic and does cause cancer among other debilating illnesses.