Monsanto v. Scientists over Glyphosate as a Probable Carcinogen

As Monsanto Roundup lawsuits continue to percolate at the behest of plaintiffs alleging the popular herbicide and its primary ingredient causes non-Hodgkin lymphoma, details have emerged with regard to an intense campaign by the manufacturer to discredit scientists. 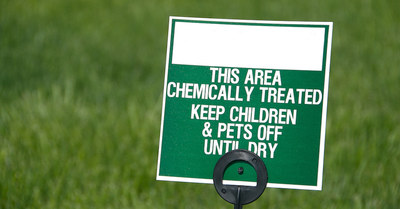 Monsanto Roundup is a widely-used weed killer deployed by farmers, gardeners, landscapers and private citizens. Its reach is global, and there is little debate as to its effectiveness at ridding crops, greenspace and varieties of gardens of unwanted growth.

Its safety, however has been the subject of much debate, especially after the International Agency for Research on Cancer (IARC), an affiliation of the World Health Organization (WHO), issued an opinion in March of 2015 about the possibility that Monsanto Roundup causes cancer, and its’ probability as a human carcinogen.

Monsanto, it has been reported, quickly mounted a rebuttal attempting to debunk the findings of the international scientists involved. Detailing the issue was a series of investigative articles published in Le Monde (06/02/17) in France this past June that were recently translated into English and reprinted by Environmental Health News (11/20/17) last month.

While American scientists were spared, according to Le Monde, letters were sent to international scientists who participated in the forums that led to the IARC finding, politely ordering the experts to submit their files – or, at the very least preserve their documents for pending Monsanto lawsuits.

One Canadian scientist who did receive the Monsanto communication fired back in a letter of her own. Consolato Maria Sergi, identified as a pathologist at the University of Alberta, did not take kindly to Monsanto’s assertions.

“After talking with some of my colleagues, who participated in the IARC meeting, I found your letter intimidating and noxious even though transparency is important,” Sergi wrote. “The use of language should be meticulous, respectful and professional. It is impolitic to mention possible consequences without identifying the correct background. I find your approach reprehensive and lacking of common courtesy even by today’s standards.”

The investigation by Le Monde, as translated and reprinted by Environmental Health News revealed a series of emails, memos and internal documents circulated from, and within the Monsanto camp which appears to suggest the manufacturer knew about the carcinogenic potential of glyphosate, the primary ingredient of Roundup and the source of all the ongoing debate. It is also alleged that Monsanto issued ghostwritten studies falsely portrayed as the work of independent scientists, and unduly influenced regulators in the US as well as Europe to avoid any inference that Roundup – and specifically glyphosate – had the potential to be dangerous.

There is little doubt that more research needs to be done to determine, once and for all if glyphosate is, indeed a ‘probable carcinogen’ as the IRAC decrees. The fact that not all studies point to the same conclusion, helps to fuel the debate. In the fall of 2015, for example – some seven months after the release of the IRAC finding – the European Food Safety Authority (EFSA) determined that glyphosate was neither a carcinogen nor genotoxic.

The determination by EFSA however was challenged a few weeks after its release by a group of some 100 noted scientists, who opined in the Journal of Epidemiology & Community Health (Vol. 70, No. 8) that the conclusions determined by EFSA were flawed.

The alleged Monsanto attack on IRAC following the health organization’s damning conclusions with regard to glyphosate, referenced as ‘junk science.’ However, according to the Le Monde investigation dubbed ‘The Monsanto Papers,’ there was no reference to the presence of one Tom Sorahan, identified as a professor at the University of Birmingham in the UK who participated in the IRAC glyphosate sessions as an unbiased observer on behalf of Monsanto.

More MONSANTO ROUNDUP News
That fact was allegedly never mentioned in Monsanto’s pushback against IRAC with regard to the agency’s allegation that Monsanto Roundup causes cancer.

Amongst Monsanto Roundup lawsuits are Monsanto’s own attempts at litigation against the State of California, after the latter listed glyphosate as a probable or potential carcinogen. State legislation requires that any product labeled with a warning by the WHO or any of its subsidiaries, must be included on an official listing issued by the State of potentially hazardous products.

Monsanto is fighting back.

Federal Monsanto Roundup lawsuits have been consolidated for pretrial proceedings, ironically, in the State of California, centralized before US District Judge Vince Chhabria in the US District Court, Northern District of California.