Number of Diabetes Lawsuits in Lipitor MDL above 2,200 and Climbing

The number of cases in the Lipitor Diabetes Lawsuits MDL has climbed to more than 2,200 and with little wonder: plaintiffs maintain that prior to a label change mandated by the US Food and Drug Administration (FDA) in 2012, few, if any, had little clue that atorvastatin (Lipitor) could trigger type 2 diabetes. 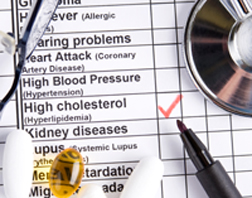 The manufacturer of Lipitor, the pharmaceutical giant Pfizer Inc., begs to differ, claiming that the risk for type 2 diabetes lived within the official prescribing label for Lipitor prior to that time:

Everyone, who has medical training, that is. For the rest of us, however, such wording is meaningless.

In February 2012, the FDA came up with a label change that would make it a bit more obvious to the consumer that atorvastatin type 2 diabetes was a possibility. To that end, the label was updated to reference a small risk of increased blood sugar levels and of being diagnosed with type 2 diabetes mellitus.

Various advocates for change, including the Women’s Health Initiative (WH) statin study, had been advocating for a label change in order to make the potential for atorvastatin diabetes more obvious in the product labeling. The FDA agreed and mandated the change in early 2012. That change opened the floodgates for Lipitor diabetes litigation, as plaintiffs suddenly taken aback at the diabetes risk alleged the previous warnings referencing “Increases in HbA1c and fasting serum glucose levels” meant nothing to them. Pfizer maintains the original warning was sufficient.

Assuming everyone has a medical book on the home library shelf and is given to consulting it on a regular basis, most consumers would be quite aware of what Pfizer’s cryptic warning meant.

However, most consumers do not have medical degrees and unless atorvastatin diabetes is specifically referenced, there can be little expectation that the everyday consumer would or could know about the diabetes risk.

More LIPITOR News
That’s the point made by plaintiff Margaret Clark, who had no diabetes risk triggers prior to developing type 2 diabetes following use of Lipitor to keep her so-called “bad” LDL cholesterol in check. Clark was fit, exercised regularly, maintained a healthy weight and an equally healthy diet. A diagnosis of type 2 diabetes blindsided her.

According to the Lipitor prescribing information pre-2012, there was no apparent or obvious reference to diabetes risk that she could see…

To that end, plaintiffs further allege that the 2012 Lipitor label update did not go far enough and is insufficient in warning consumers about the potential for atorvastatin diabetes.

As noted previously, there are more than 2,220 lawsuits in the Lipitor MDL (In re Lipitor (Atorvastatin) Litigation, MDL No. 2502, US District Court, District of South Carolina). Most recently, an Order dated May 4 and issued by the Court will allow plaintiffs to serve supplemental reports for two of their expert witnesses, and to allow defendant Pfizer sufficient opportunity to conduct full discovery.
READ ABOUT LIPITOR LAWSUITS